A Conversation With ...Clint Adamkavicius

Since joining Frost & Sullivan in 2007, Clint Adamkavicius has specialized in manufacturing and industrial studies. With a background as a plant engineer, he brings first-hand knowledge to the role, including experience as a finishing process engineer. We approached Adamkavicius with a flurry of questions about what’s to come during these uncertain times. Here’s what he had to say.

What are some potential effects you see an Obama administration having on U.S. manufacturing?

CA: Difficult to say, or really too early to tell. We all heard his campaign speeches: tax hikes on people making over $250,000, talk of pushing “green” technologies, and other items that sent shivers throughout manufacturing. However, it appears his focus has already changed based upon his stance on issues that will not affect manufacturing in the short term.

6 Tips to Encourage Women in Manufacturing 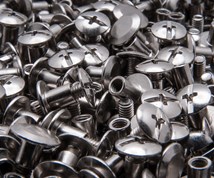 Enhancing the Corrosion Resistance of Electroless Nickel with TCP

Do you have any concerns?

CA: Tons of them. Government intervention into a marketplace is never a good thing, and it looks like there is going to be a lot of it over the next four years. The credit crunch is another big one. Credit is the engine that allows us to buy equipment and raw materials and enables customers to buy our goods.

What are the issues that keep you up at night?

CA: It isn’t so much that I overly worry about president-elect Obama. I worry more about the current Congress, where we are witnessing the largest group of power-seeking individuals this nation has ever seen. What they have demonstrated so far is that they are willing to pursue their own agenda at any costs. The problem is, their agenda goes against the grain of manufacturing. The hypothesis of “man-made” global warming has been driven to the point of hysteria. The supporting data is weak at best, and the furthering of this position will severely hurt an already weakened manufacturing base. As well, this Congress would rather reward foreign companies than support their own manufacturing base, and that to me is tragic.

How about areas you’re hopeful about?

CA: Manufacturers are optimists, and I guess that’s because we are used to doing what others say can’t be done. And I am no exception. U.S. manufactures have a unique opportunity in the current market. As these bailouts continue to happen, the dollar will continue to weaken, giving U.S. manufacturers the opportunity to compete domestically and globally against low-quality products from foreign competitors. As well, China has taken a beating in the media over poor manufacturing ethics. These blows have already begun to turn end-user perspectives on “buying more for less,” and consumers are realizing that sometimes cheaper isn’t better. These points, I feel, will generate demand for U.S.-made goods globally, and could put domestic manufacturers in a very good position once this global economic crisis ends.

Do you have advice for finishers seeking to stay afloat during the downturn?

CA: The best advice I can give is to recognize this changing environment and change with it. It used to be said that if a company isn’t growing, it’s dying. This could not be truer in today’s market. The key take-away is for companies to look for new opportunities. Niche markets and diversification opportunities tend to surface during economic downturns; the current situation is no different. Finishers may find that work they have turned away in the past for whatever reason could be an opportunity to better position their company for the recovery. Even though people tend to not like change; the only thing that NEVER changes IS change. 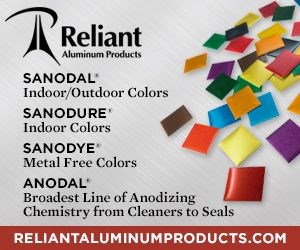