A Lustrous Example of Expanding a Plating Operation

Lifetime Coatings was one of the first PVD shops in the U.S. when it began operations in Illinois, and was acquired and relocated to Ohio in 2009. It provides brilliant and durable decorative finishes to a wide array of industries such as automotive, household appliances, plumbing fixtures, door hardware, marine fittings, casino and gaming, sporting equipment, medical instruments, lighting fixtures and architectural door handles.

Paxos started Lustrous in 1987 and specializes in chloride zinc plating for the automotive, telecommunications, agricultural machinery and fluid control industries.

Canton Pattern and Mold was purchased to build the patterns, molds and castings that would then be finished by Lustrous.

Columbia Chemical assisted with installation of Lustrous’s new decorative line that features its Tricol Décor, a white trivalent chromium plating process that has great speed and excellent metal distribution while also being burn-free and reduces waste. Columbia’s Colsid AP acid zinc process is also utilized, as well as some of its cleaners, including Pickle Pal Additive, Spectramate and TRI-V passivates.

Some people like to collect art, others fine wines, a few might be into cars and motorcycles. Meet Mike Paxos, collector of manufacturing processes. 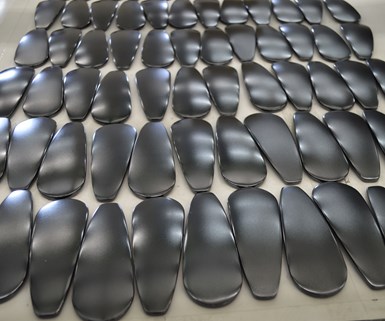 The owner of Lustrous Metal Coatings in Canton, Ohio, has a taste for well-run operations that complement whatever his company is working on at the time. Take, for example, Canton Pattern and Mold. Back in the 1990s, Lustrous received a patent for plating on non-conductors and expanded its operation to include an architectural division, which led to revolutionizing commercial entrance handles in multiple industries, including hospitality, restaurant, gaming, retail and entertainment. Lustrous would get specs from architects and engineer the product, then head to nearby Canton Pattern and Mold to build the patterns, molds and castings that would then be finished by Lustrous.

“Because of the weight of the glass entrance doors, we were eliminating metal which would allow for lighter glass,” Paxos says. “We actually cast the parts in a composite material and our patent covers the plating of those parts.”

Products Finishing talks with owner Mike Paxos about the transformation of his business:

But making plated prototypes for architects is a time-sensitive endeavor, so instead of waiting his turn, Paxos decided in 2015 to add the moldmaking and machining shop to his stable of manufacturing processes and essentially cut to the head of the line.

“It’s all in-house now,” he says. “We have the machining, the engineering, the pattern and moldmaking, in addition to the finishing. We have the ability to turn a prototype in less than a week now.” 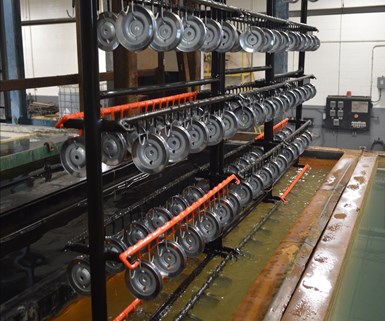 Acquiring Canton Pattern and Mold was a similar pattern to when Paxos purchased several other finishing companies, including Hercules Polishing and Plating, Lifetime Coatings and Custom Brass Finishing, all of which added specialized coating applications, such as physical vapor deposition, nickel chrome and spray chrome capabilities.

More importantly, with the acquisition of Canton Pattern and Mold, Paxos and Lustrous gained more than just CNC machines and moldmakers. They also garnered some talented engineers who are helping even further in the engineering and design operations of the company.

That paid off handsomely when Lustrous installed a new zinc line that was designed, engineered and built by the in-house staff in just under 18 months at a considerable cost savings. Included in the installation was a proprietary software system to run the line which, although it was a $500,000 internal investment on Paxos’ part, is truly customized to the specifics of their entire operation.

“Everything is customized, from drip delays to transfer times,” he says. “A lot of things we looked at were ‘off-the-shelf’ type systems, but this line is customized for everything we do.” 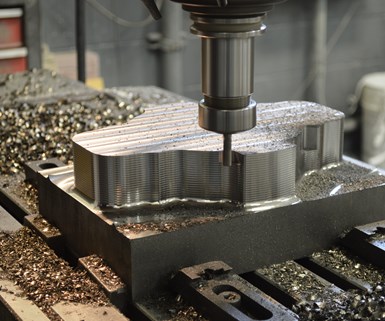 It is that type of attention to detail that has not only earned Lustrous Metal Coatings a place in the annual Products Finishing Top Shops Benchmarking Survey but has also placed them in the list for each of the five years the program has been conducted. Only 10 other plating operations in North America have also won the award all five years.

Paxos started Lustrous in 1987, and specializes in chloride zinc plating for the automotive, telecommunications, agricultural machinery and fluid control industries. His team has grown the operation steadily and, in 2000, installed a large programmable zinc line that increased production to over 26 million parts shipped annually. 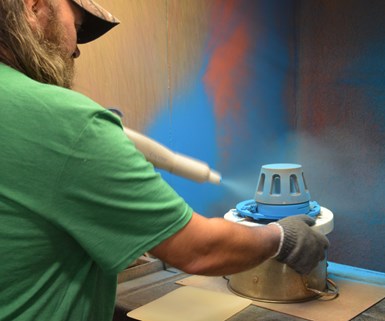 As the company started to grow, Paxos began thinking about how he wanted to expand operations. He could hire and train management staff, or he could buy companies that he knew already had good direction and management.

“For us, acquisition was the smarter route to take,” he says. “We could add the decorative side and the functional side without disrupting the management teams that were already in place. It allowed us to grow both horizontally and vertically at the same time.”

Paxos created a holding company called Synergy87 Group, which includes the various entities he has purchased over the years. In addition to Canton Pattern and Mold, the stable includes:

“We called the company Synergy87 because each of the entities support each other,” Paxos says. “It is a great benefit to our customers that we control almost every operation in house. Initially, we would chrome plate our parts and then outsource for PVD coating. We shortened the cycle by purchasing Liftetime Coatings and having it done by one entity.” 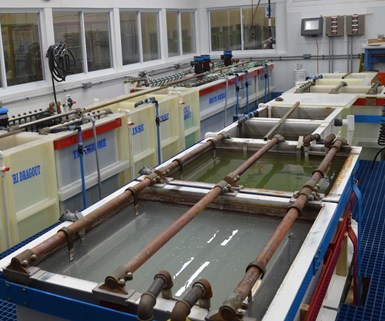 In 2016, Paxos oversaw an expansion project that connected all three of the facilities’ buildings and added 60,000 more square feet for the new zinc line. That included bringing Lifetime Coatings in from Illinois, and incorporating Canton Pattern and Mold into their main campus in Canton.

A new alkaline zinc line went into production in October 2018 and now coats various automotive and trucking parts, such as headrests, suspension and braking systems. The installation couldn’t have come at a better time for Lustrous.

“Three months prior to completion, capacity was already committed,” Paxos says. “We are currently operating six days a week at three shifts, and could actually use more capacity.”

Lustrous utilizes Columbia Chemical’s line of products or its zinc applications, a partnership that has grown over the years. Colzinc ACF-II is a concentrated, multiple-polyamine blend that produces brilliantly bright deposits in an alkaline, cyanide-free zinc plating process in the shop’s new, large alkaline zinc line installed in 2018.

Recently, Columbia Chemical assisted with installation of Lustrous’s new decorative line that features its Tricol Décor, a white trivalent chromium plating process that has great speed and excellent metal distribution while also being burn-free and reduces waste. Columbia’s Colsid AP acid zinc process is also utilized, as well as some of their cleaners, including Pickle Pal Additive, Spectramate and TRI-V passivates.

“We’re probably the lowest maintenance customer they have, as we have our own in-house chemists and labs, and troubleshoot to handle many things internally,” Paxos says.

“Lustrous is the perfect example of a Top Shop,” he says. “They are a high-quality, high-tech operation dedicated to providing superior finishing for its customers. Throughout our long-standing relationship, it has always adhered to the recommendations provided through our Finisher’s Advantage program for maintenance and process control, making it a highly successful customer in the metal finishing industry.”

Eventually, the new software system on the zinc line will be installed on all coating operations, further enabling Lustrous and the sister companies to run at top efficiencies. And, with over 100 employees and an overall capacity at 120,000 square feet, Paxos knows there is no room for inefficiencies.