Blistering of Anodic Coating on 7075 Alloy

We are facing a blister problem on 7075 alloy inside the bore diameter of our cylinder base. We noticed that this problem is occurring during dyeing process and not after hard anodizing.

Q. We are facing a blister problem on 7075 alloy inside the bore diameter of our cylinder base. We noticed that this problem is occurring during dyeing process and not after hard anodizing.
Can you please advise us what could be the reason? S.C.

A. There are several theories on why this happens. For many years I thought the problem might relate to so-called “hydrogen embrittlement,” but I have come to change my opinion recently. I posed this question to a colleague who is a PhD metallurgist and who also happens to be well grounded in anodizing. Here is what she said: 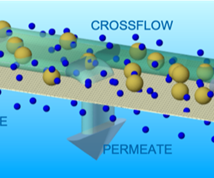 “Blistering in 7000 series alloys is often mistaken for hydrogen blistering. Aluminum is not susceptible to hydrogen embrittlement, except in extremely rare cases! Blistering occurs a lot more frequently and this is why:

The diffusion model of the anodic process shows that only aluminum is anodized, and the short-range structure that grows and develops into the AAO (anodic aluminum oxide) is composed only of aluminum and oxygen. This leaves the other alloying elements behind, either entrained at the interface, or jumping through the molecular holes in the anodic coating semiconductor structure into the electrolyte. Zinc, especially when it oxidizes, is too big to jump through the holes in the structure. It remains at the interface between the substrate and the AAO, and it oxidizes under the anodizing conditions as it sits at the interface. This creates a loosely adherent boundary between the anodic oxide and the aluminum substrate. It results in a naturally occurring stress point between the finish and the substrate, so now we have moist “gravel” in the form of zinc oxide at the interface. Any subsequent thermal cycling may cause these areas to delaminate or ‘blister.’ It can be that the blisters are simply not visible until after dyeing, that the process parameters of dyeing allow them to really develop. If a longer initial ramp period is used to get that zinc moving away from the interface early in the anodizing cycle, before the finish gets too thick, the occurrence of the phenomenon goes way down. Try ‘baking’ some parts at 150°C for an hour before anodizing to see if this makes the problem go away—it won’t—but if it were truly a hydrogen problem, it would.”

As I have learned more about the metallurgy of aluminum and what actually takes place as the alloying elements try to diffuse through the anodic coating as anodizing is taking place, I believe that finally we have a viable explanation of how and why blistering can sometimes occur on high zinc alloys. The root cause is the high amount of zinc in the 7075 alloy. The degree of blistering, or whether it even occurs or not, can certainly vary from batch to batch of metal. Since the zinc may not be perfectly evenly distributed throughout the metal substrate (due to differences in migration rate of the alloying elements during heat treat) some machined 7075 parts may have blistering and some may not. Some parts may have blistering on one surface but not another, such as in your case. Because the alloying elements, to put it simply, migrate through the aluminum-AAO interface at a different rate than the aluminum does, it appears that the best chance of reducing the occurrence of blistering is to use a very slow ramp rate (longer ramping period) when the current is first turned on. The faster the current is ramped up, the faster the aluminum migrates from the substrate to the anodic surface and the faster an anodic coating is built up. This can increase the chances of the alloying elements, especially zinc, to be “left behind,” or trapped at the interface. This causes that loosely attached anodic coating described above and increases the opportunities for subsequent delamination of the coating, due perhaps to the stresses of thermal cycling caused in the dye or even the seal.

Try using a ramp period of at least 10 minutes and see what happens. If this reduces the occurrence of blistering, but does not completely eliminate it, try a 15 minute ramp to full current density and see if that helps.

The bottom line is that there may be very little the anodizer can do. It's the metal that is causing the problem and all the anodizer can do is try to ameliorate it as best as possible. You can take that statement to your customer, if you like.

A Lustrous Example of Expanding a Plating Operation