This article will detail an alternative to cobalt-containing trivalent chromium passivation. Field results from this unique passivate system have demonstrated comparable corrosion protection to existing cobalt-containing Cr(III)-based passivates. The new system is easy to handle and offers a broad operation range. The performance, appearance and passivation mechanism, as well as some limitations, will be discussed.
#surfin 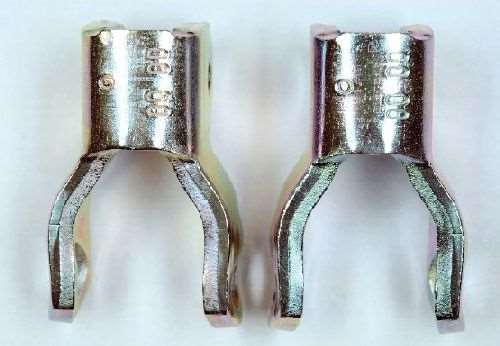 Cobalt-free passivate over poor quality zinc deposits In benchmarking experiments, it was observed that the cobalt-free passivate showed excellent performance over technical bright surfaces that are generated by typical acid or alkaline zinc plating processes. However, if for example, the carrier or brightener were significantly below the optimums, then the corrosion resistance was reduced dramatically. The explanation for this behavior is related to the film building mechanism. The cobalt-free passivate generates a very homogeneous film on the (100) crystal orientation.8,9 If the (101) orientation is dominant, the film becomes less homogeneous and the corrosion resistance is reduced (Fig. 3).

The (100) [or (010) or (001)] orientation is parallel or perpendicular to the surface. This allows a homogeneous surface reaction with the passivate complex (Fig. 4).
In the case of a (101) orientation the “attack” of the passivate on the zinc surface occurs at an angle. This produces a passivate film with more defects and significantly different thicknesses.
Zinc-plated cast iron, severe scratches and contact points
The cobalt-free passivate showed reduced performance under defect conditions (e.g., poor substrates, scratches or contact points). The principle question here is: Why do the cobalt-containing passivates perform better than the cobalt free? A plating and corrosion experiment demonstrates the difference. On the right side of Fig. 5, a cap is shown which is passivated with the new cobalt-free system. On the left side, a passivate with 1.0 g/L cobalt is applied.
A SEM surface analysis shows the differences. SEM photos were taken of the deliberately introduced defects and are shown in Fig. 6.
Surprisingly, it was observed that the cobalt-free film showed no cracks in the presence of the introduced defects. The assumption would be that this should actually perform better than the cracked film. An explanation for the reduced performance is that the cobalt-free passivate is not able to generate Cr(VI), which can protect defect areas. The formation of Cr(VI) in cobalt-containing passivates is nothing new. It has been published in 2007 by Rochester, et al. and Miura.10-12 So the better performance of the cobalt-containing passivates in corrosion tests is related to the formation of “helpful” Cr(VI).
Tests according to DIN-ISO 361313 prove the presence of Cr(VI) in cobalt-containing passivates (Fig. 7). The color results from the reaction of diphenycarbazide with Cr(VI). The results clearly show that cobalt-containing passivates generate Cr(VI) and the cobalt-free passivates do not.
Overcoming the “weakness” of not “healing” defects with Cr(VI)
To overcome the fact that the new cobalt-free passivate does not generate Cr(VI), post-dips can be used.  Tests with inorganic Cr(VI)-free and cobalt-free post-dips led to corrosion protection performance similar to that of cobalt-containing passivates.
Summary
The new cobalt-free passivate technology offers similar corrosion protection and similar handling when compared to the traditional cobalt-containing thick film passivates. In addition, the appearance is significantly improved. The new system can replace the “old” passivates. However, in circumstances where there are surface defects, the cobalt-containing passivates perform better, due to the generation of small amounts Cr(VI). The cobalt-free technology does not produce Cr(VI). However, with the application of post-dips, corrosion protection similar to that of cobalt-containing passivates can be achieved.
References
1.   Directive 2000/53/EC of the European Parliament and of the Council of 18
September 2000 on end-of life vehicles - Commission Statements.
2.   Preikschat, et al., U.S. Patent 7,314,671 (2008).
3.   European Chemicals Agency, “Proposals to identify Substances of Very High Concern: Annex XV reports for commenting by Interested Parties (2011); http://echa.europa.eu/consultations/authorisation/svhc/svhc_cons_en.asp
4.   European Commission - Enterprise and Industry, “REACh - Registration, Evaluation, Authorisation and Restriction of Chemicals” (2011); http://ec.europa.eu/enterprise/sectors/chemicals/reach/index_en.htm
5.   European Chemicals Agency, “Member State Committee Support Document for Identification of Cobalt(II) Dinitrate as a Substance of Very High Concern Because of its CMR Properties (2010);  http://echa.europa.eu/doc/candidate_list/supdoc_cobalt_II_dinitrate.pdf
6.   R. Holland & T. Alderson,”Cobalt-Free Technology for Trivalent Chromates on Zinc Plating,” Products Finishing, 75 (9) 21 (2011); http://www.pfonline.com/articles/cobalt-free-technology-for-trivalent-chro ates-on-zinc-plating (given at NASF SUR/FIN 2010).
7.   R. Paulsen, “Cobalt-Free Passivation of Zinc Deposits,” Galvanotechnik, 102 (4), 784 (2011).
8.   W.H. Miller, A Treatise on Crystallography, Pitt Press, for J. & J.J. Deighton, London, U.K., 1839.
9.   C. Kittel, Introduction to Solid State Physics, 7th Edition, Wiley & Sons, New York, NY, 1996.
10.  T. Rochester & Z.W. Kennedy, “Behavior of Trivalent Passivates in Accelerated Corrosion Test,” Proc. NASF SUR/FIN 2009, NASF, Washington, DC, 2009.
11.  T. Rochester & Z.W. Kennedy, “Unexpected Results from the Accelerated Corrosion Testing of Trivalent Passivates,” Plating & Surface Finishing, 94 (10), 14 (2007).
12.  M. Miura, “SOC (Substance of Concern)-Free Activities: About Delayed Generation of Hex-Cr,” (2007).
13.  ISO 3613: 2010, “Metallic and Other Inorganic Coatings - Chromate Conversion Coatings on Zinc, Cadmium, Aluminium-Zinc Alloys and Zinc-Aluminium Alloys - Test Methods,” ISO, Geneva, Switzerland, 2010.

Dr. Christoph Werner is R&D manager of Corrosion & Wear Resistant Coatings, Enthone - Cookson Electronics, and is located at Enthone GmbH, Langenfeld, Germany. He received his Master of Science (Diplomchemiker) (1999) and his Ph.D. in Chemistry (2003) from Aachen University of Technology (Aachen, Germany). His Doctoral work was also done at the Jülich Research Center and the Iserlohn Laboratory for Corrosion Protection. His thesis topic was “Electrochemical Micro- & Nanosensors for Corrosion Studies in Hydrodynamic Systems.”  He joined Enthone - Cookson Electronics in 2004.