Agency requesting the Office of Management to review its proposed regulatory determinations for two types of PFAS.
#management #regulation

The U.S. Environmental Protection Agency (EPA)  is moving forward on the drinking water component of its PFAS Action Plan by requesting the Office of Management to review its proposed regulatory determinations for two types of PFAS. This is a definite step toward developing formal drinking water standards called Maximum Contaminant Levels (MCLs). Under the Safe Drinking Water Act, the EPA can legally enforce how much of a chemical is allowed in drinking water supplies only if there is an established MCL. 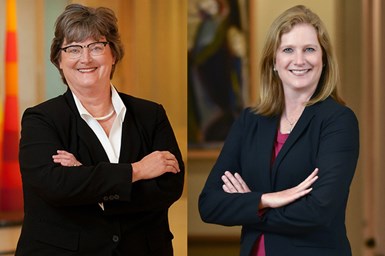 To date, the EPA has not set an MCL for any type of PFAS, but has established a lifetime Health Advisory Level for drinking water at 70 parts per trillion for two of the PFAS chemicals, perfluorooctane sulfonate (PFOS) and perfluorooctanoic acid (PFOA). Health Advisory Levels are nonenforceable and nonregulatory, and provide technical information to state agencies and other public health officials on health effects, analytical methodologies and treatment technologies associated with drinking water contamination. In the interim, some states have set their own state-specific enforceable drinking water standards that are as low as 10 parts per trillion for some types of PFAS.

The EPA regulates public drinking water through the Safe Drinking Water Act by monitoring for more than 90 drinking water contaminants with MCLs. That list has never included any of the PFAS compounds. However, as a component of its PFAS Action Plan released in February 2019, the EPA stated that it would begin the administrative process for establishing enforceable drinking water standards by the year’s end. In November, the EPA initiated this process by sending its proposal for a regulatory determination to the Office of Management and Budget. In this proposal EPA stated that it “intends to make preliminary regulatory determinations for PFOA and PFOS . . . by the end of 2019.” In the proposed regulatory determination that is to follow, EPA will consider three primary factors: (1) whether the contaminant may have adverse effects on the health of persons; (2) whether the contaminant is known to occur or there is a high chance that the contaminant will occur in public water systems often enough and at levels of public health concern; and (3) whether regulation of the contaminant presents a meaningful opportunity for health risk reductions for persons served by public water systems in the sole judgment of the EPA Administrator.

Having a proposed regulatory determination enables the EPA to solicit comments and gather information to decide whether to set the MCLs and, if so, the appropriate level for the MCLs. Following the Office of Management and Budget’s review, the EPA is expected to publish a preliminary regulatory determination in the Federal Register (FR) and provide an opportunity for public comment. After review and consideration of public comment, the EPA publishes final FR notice with the regulatory determination decisions. If the EPA makes a decision to regulate a particular contaminant, the agency starts the rulemaking process to establish the national primary drinking water regulation and MCLs.

There will be opportunities for the regulated community to monitor and have meaningful input into the regulatory determination process to come. Stay tuned for further updates.