This special four-spindle drag machine was developed to provide deburring, edge breaking and surface smoothing of high-alloy steel helicopter transmission gears to 8 in. in diameter.

In recent years, discussion of surface treatment and surface finishing for aircraft components-whether engine parts such as airfoils or airframe components-has been focused on improving fatigue life by inducing residual compressive stresses via various types of peening methods. Numerous articles have been written and technical presentations delivered on the subject of shot peening and, more recently, “laser peening.” However, very little has been said about the use of mass finishing technologies for the surface improvement of aerospace components.

Many aerospace manufacturers, as well as aircraft and engine maintenance and repair organizations (MROs), pay little attention to mass finishing methods. They consider that these “low-tech” tumbling solutions are dirty and noisy, and cannot contribute anything to component value. 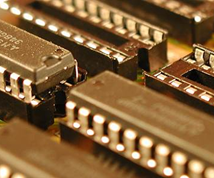 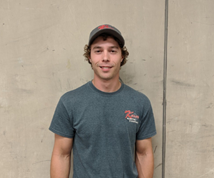 How wrong they are! Mass finishing has evolved into a technology which covers a wide range of surface finishing applications and contributes significantly to improving component fatigue life, reducing component weight and improving overall fuel efficiency. This article will attempt to set the record straight by providing a brief overview of the numerous mass finishing applications for aircraft components that are being successfully used around the world.

Mass finishing--whether for aircraft components or any other parts--is a multi-functional technology. It is not only used for deburring or edge radiusing but also for surface smoothing and finishing on a wide array of aircraft parts. Deburring and edge radiusing reduce the likelihood of stress cracks in components, and smoothing and polishing surfaces of parts such as turbine airfoils reduces air flow resistance and improves fuel efficiency as measured by specific fuel consumption, which calculates the amount of fuel needed to maintain a specific power for a specified period of time.

Considering the sensitivity of aircraft components with regard to potential material loss as well as loss of life, their manufacture, surface treatment and surface finishing is subject to numerous stringent process and quality control procedures, including Nadcap and U.S. Federal Aviation Administration (FAA) regulations. (Formerly the National Aerospace and Defence Contractors Accreditation Program, Nadcap is now a global cooperative standards program for aerospace and related manufacturing.--Ed.)

In light of these stringent quality requirements, it should come as no surprise that manual finishing processes are about to be banned. The finishing process must be absolutely repeatable and completely documented. This requires a high degree of mechanization and, preferably, automation with very little or no human process intervention.

There are other requirements as well. Frequently, part-on-part contact during finishing must be eliminated to prevent nicking or damage. For this reason, many parts must be individually fixtured. The finishing process must produce consistently high surface quality within very narrow quality tolerances.

The selected finishing process must remove minimal material quantities to prevent or minimize costly weld repairs. In some cases the maximum permissible material removal is 0.0005 inch (<13 μm).
Of course, all these requirements apply to both new components and parts that require regular overhaul.

Examples of mass finishing for aircraft components outlined in this section include a variety of airframe components and turbine components produced from aluminum alloys, titanium alloys and other materials. They also cover several different mass finishing processes.

Large structural fuselage sections and wing spars are produced mainly from aluminum alloys. The objective of mass finishing for these parts is to accomplish deburring and edge radiusing after machining. Parts free from burrs and with smooth radii as opposed to sharp edges have higher resistance to fatigue crack initiation and propagation. Paint adhesion is also improved, especially on part edges. Such components can be finished using large, high-speed tub or linear flow continuous vibrators.

Integral airframe components machined from aluminum alloys speed aircraft construction by combining what may have been several parts into one component. This approach minimizes assembly time and eliminates potential failure points at riveted joints.

The machine could handle parts to 32-inch diameter. Components were fixtured onto the bottom of the vibratory bowl and processed using ceramic media.

In one application of this technology, wide-chord fan blades up to 40 inch long and 15 inch wide are processed in a machine with individual compartments. A single part “free tumbles” in each compartment with combined paste and ceramic media. Processing time for new blades is seven hours; refurbished blades can be finished in three hours.

Forged turbine compressor blades produced from nickel and titanium alloys require descaling and surface smoothing to Ra <20 μin. after forging and heat treatment, then super-finishing after machining. For relatively small components (up to 8 in. in length), descaling and smoothing occurs in high-energy disk finishing machines using high-cut ceramic media. Processing times can run up to 90 min. Larger blades are initially processed in high-speed rotary vibrators. Both of these technologies are in use at many engine OEMs and repair shops.

High-alloy steel turbine disks require deburring and edge radiusing of the dovetail slots after machining and broaching. For parts to 30 in. diameter, our company developed a reciprocating spindle finishing machine with an integrated media classification system. One or two parts mount onto the spindle and are processed using aluminum oxide media for 30-40 min.

In order to accomplish these finishing objectives, our company developed a special “drag” finishing machine with multiple rotating workstations. Parts to eight inch OD are specially mounted onto the work stations to avoid part-on-part contact. Ceramic media and a total processing time of 15 min provides slight edge radiusing and produces the required Ra of 10 μinch.

The above are just a few examples of practical, every-day applications of mass finishing technologies for surface finishing of aircraft parts. There are other technical developments which go hand-in-hand with improving the overall component life. Two examples are isotropic super-finishing (ISF) and vibro-peening.

ISF was developed as a potential replacement for shot peening, a process commonly used to induce compressive residual stress into the surface of a component. However, shot peening can sometimes also produce surface roughening and can even initiate micro-cracks, which may lead to fatigue and/or corrosion.

For these reasons, shot peening is frequently complemented by ISF, a super-finishing process with active chemistry. ISF smoothes the surface and removes the micro-cracks, thus eliminating the potential dangers outlined above.

Vibro-peening is a potential replacement for vibratory finishing processes using steel media. Use of steel media for vibratory finishing--commonly known as “ball burnishing” or “pressure deburring”--has been practiced for decades. The advantage is obvious: no or only very slow wear of the media. The disadvantage stems from the weight of the steel media (308 lb/cu ft), which places a big burden on the finishing equipment, especially the drive bearings and the bowl weldment. For this reason, ball burnishing is usually done in relatively small bowls at low amplitudes and low speed.

Recent technical improvements in bearing technology and welding stress relief methods, however, have helped to overcome these limitations and led to the development of high-speed vibrators that can handle steel media at higher amplitudes and speeds. Such high-energy, high-speed ball burnishing systems generate a peening effect on the processed parts. The residual compressive stresses generated with this vibro-peening method may be relatively low, but the process offers the distinct advantage of not only preventing but even closing micro-cracks and, thus, improving component fatigue life.

We would like to conclude with one last word regarding automation: it is amazing how many finishing processes--even in aerospace applications--still involve hand work, with all the resulting quality inconsistencies and variations. It is not surprising that the FAA appears to be determined to ban manual finishing processes in civil aviation finishing applications. For this reason, any mass finishing system destined for use in aerospace applications should include automated material handling, process control and process documentation capabilities.