Precision Machining for the Medical Industry

Here’s a machine with the flexibility to provide consistent results on complex, high-value medical parts, working from bar to box with minimal human intervention. 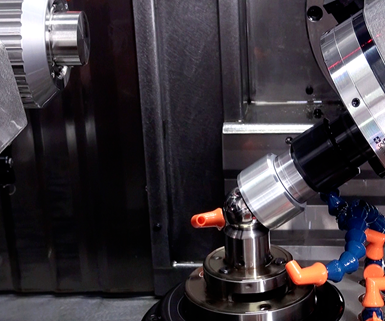 Meeting the stringent quality finish requirements of medical parts can present challenges that not every machine is up to.

As the demand for advances in medicine continues to accelerate, driven largely by the increasing average age of the population, manufacturers in the medical space are challenged to keep pace. While these manufacturers may be naturally drawn to newly developed machines to address customer needs for more efficient production of complex parts, they shouldn’t be surprised by the results they can get from a machine that has proven itself over time.

Bumotec is a manufacturer of machining centers, mill-turns and transfer machines. It falls under the Starrag Group—an 1,800-employee public company based in Switzerland but with manufacturing facilities there as well as in France, Germany and the U.K. The U.S. sales office, with about 35 employees, has been located in Hebron, Kentucky, since 2001.

Bumotec is one of eight core companies within the group, with a strong focus on medical and micromechanical parts. It was initially developed to serve the watch industry and eventually broadened its scope for similar parts in other industries. Whether high-mix/low-volume or serial production, the parts are typically high-value and involve small, complex shapes.

Bumotec’s FTLs191-RP high precision mill-turn (s191, for short), the company’s long-standing flagship machine, is designed to deliver finished parts from bar and has proven successful on medical and micromechanical parts as well as semiconductor, munitions and other complex micro components such as those in the watch industry. This is a look at how the machine has gained popularity in the production of femoral head parts for a number of medical manufacturers.

Producing Parts “From Bar to Box” 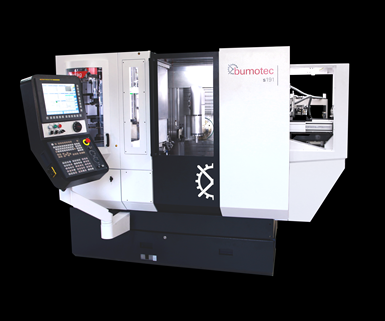 The FTLs191-RP mill-turn delivers high-precision medical and micromechanical parts from bar to box in a single handling.

The s191 was developed 15 years ago to handle complex shapes that include either a ground finish or a dimensional tolerance to four decimal places—high-value parts. It is commonly used with difficult materials such as titanium, Waspaloy, ceramic, glass, quartz, Inconel and stainless. The machine comes standard with a bar pusher, but, in the U.S., is most commonly set up with a bar feeder and chip conveyor. A pallet loader can also be used.

One of the benefits of the machine that tends to stand out is the retaking unit, a full subspindle that operates as a rollover station, allowing machining in either the horizontal or vertical position.

While it’s a seven-axis machine (with five-axis simultaneous machining), it is available exclusively with the Fanuc 31i-B5 control as a solution to simplify its operation. The company views the machine as global, so it has made the FANUC control standard on this machine because of its international familiarity as well as its ability to handle each axis of movement in precision part production.

The linear motor, direct drive torque machine features 25-hp on the main C axis, 15 hp on the B axis, and 12 hp on the retake (it does use ballscrews in two places for OSHA safety, but only for positioning and not on the machining axes). The retake spindle is in line with the C axis and features almost as much force. But once it receives the workpiece from the C, it can be reoriented to work the part vertically. 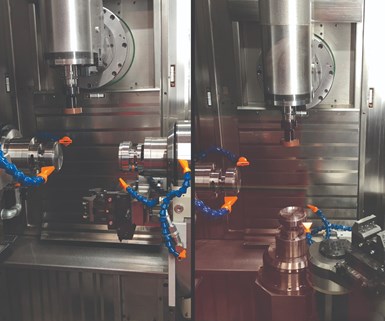 The machine features a retaking unit—a full subspindle that operates as a rollover station, allowing machining in either the horizontal or vertical position.

Most of the machines, being collet-based, are sold as bar-fed milling solutions, but they can be set up for raw blanks as well. They can work with bar diameters from 32 mm to 65 mm. Bumotec works closely with Hainbuch and other suppliers for quick-change solutions that eliminate the need for manufacturing and loading fixtures. The quick setup and change-over allow the machine to fit well in a high-mix, low-volume, prototype environment.

The flexibility provided by the collet-based system, and the ability to produce parts “from bar to box,” as the company promotes, fit the needs of the customers, many of whom have ISO medical accreditation and/or FDA accreditation. They require the ability to show an established process that is transferrable and repeatable across multiple machines, which is obtained with consistent precision, from setup to change-over, on a single platform.

The machine also features measuring capabilities in the toolchanger. 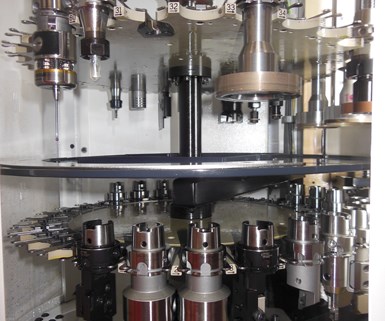 The toolchanger can accommodate as many as three tiers, with 30 tools per tier.

How to Machine a Femoral Head

While the s191 is used for a range of complex parts for various industries, one application does well to demonstrate its full capabilities. During hip replacement surgery (performed to relieve arthritic pain or sometimes as treatment for hip fractures) the femoral head—the ball at the upper end of the femur (thigh bone)—is replaced with a prosthesis. Bumotec specializes in machine adaptations for processes such as the production of the femoral head and has found a nice market niche for medical suppliers requiring these parts.

According to the company, the turnkey process it has developed for these parts is different than how it had been produced in the past. It takes advantage of the retaking unit to manipulate the part in the workzone, taking it from bar to finished product, including turning, milling, grinding and superfinishing. The femoral head part family includes three different sizes, produced from chromium cobalt bar. Different barstock diameters and collets are used to accommodate the varying part sizes, but the program and tooling remains the same. Grinding wheels can also be adjusted, from 28 mm to 35 mm. 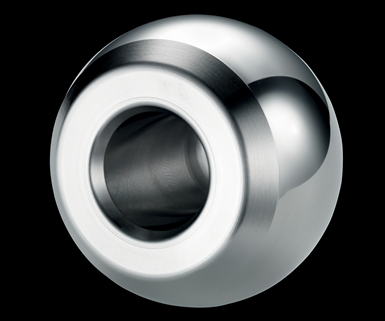 During production of the part, station one, the main spindle, handles the ID, the face, and the initial stages of the OD. The subspindle then receives the part with an Ottet collet, a brand of collet designed primarily for thin-walled workpieces that allows clamping on either the ID or the OD. For the femoral head’s cutoff operation, it clamps by expanding on the ID. At this stage, the sphere of the part is cut, beginning in the horizontal position (for better chip clearance), then rotated to vertical. Three different grinding wheel grits are applied, and then polishing and super-finish work complete the part on the machine.

The finish on the part is 4 microns, and it takes about 12 minutes to complete. The real value of the machine comes in its autonomous nature in producing parts such as the femoral head. The program is already written. Once the bars are loaded, the machine takes very little supervision. As long as material is available and fresh tooling is maintained in the toolchanger, the machine can continue to produce indefinitely. The toolchanger is located outside of the workzone, so tools can be changed out at any stage of the process.

With the machine working unattended, the operator can be repurposed for doing something else during the day. He or she may be running three or four of the machines at the same time or may be involved in other projects. The turnkey machine can deliver a robust, repeatable process that needs little monitoring. When it hits the floor, it’s making parts right away, and the well-defined process can be easily transferred to other locations for process repeatability.

In the Bumotec showroom, the s191 is set up with a palletizer rather than a bar feeder for the production of the femoral head. Ten pallets are loaded at a time, each with 20 to 30 workpieces (depending on the part sizes). The B axis is used for both machining and part manipulation. Using an HSK 40 toolholder, the B axis performs turning and milling operations during the machining process. But once the part is complete, it swaps out the current tool for a Schunk two-jaw gripper. The pallet comes back into the workzone, and the B axis grips the ball and loads it back onto the pallet. The focus is to get the people out of the machine and allow the process to take care of itself.