Employers such as 3M, Valspar, Bobcat, DuPont and Caterpillar routinely drop into classrooms at NDSU, scoping out a new hire to develop the next top coating compound or new corrosion-resistant material.
#construction 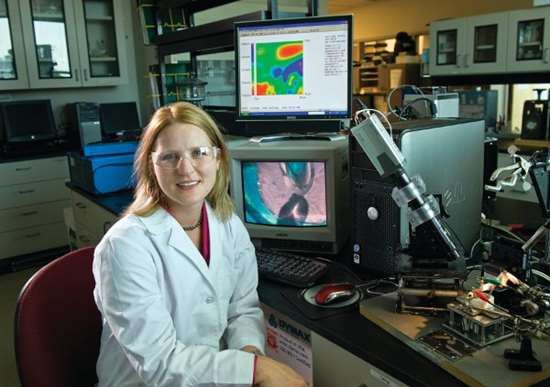 Victoria Gelling is a professor at NDSU

There are about 30 graduate students in coatings at NDSU