Painters at Esterline Hytek spray a variety of paint materials on parts ranging from large airframe components to small pieces they can easily hold in their hands.

A Esterline Hytek is one of the largest aerospace finishing facilities in North America. Operating from a 100,000 ft2 facility in Kent, WA, the company’s 290 employees perform plating, anodizing, thermal spray, paint, non-destructive testing and shot peening services for aerospace primes such as The Boeing Company, Lockheed-Martin, Bell Helicopter and Airbus Industrie as well as hundreds of individual machine shops.

Over a recent 12-month period, Esterline Hytek processed 48,468 orders totaling more than 6 million parts for 740 different customers. On an average day the company has more than 1,800 jobs in house, receives another 200 and ships 200. 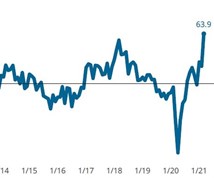 Numbers like that will keep any finishing shop busy, and Esterline Hytek is no exception. The company is organized into groups for plating of steels, titanium and other alloys; aluminum processing (anodizing); shot peening; and organic coating; plus departments dedicated to non-destructive testing and quality. Each of the groups has a production lead that keeps jobs moving through their area and works to improve productivity in their processes.

Esterline Hytek’s paint process begins with pretreatment, which varies depending on the substrate material as well as the OEM specification. “It could range from an abrasive cleaning process to an anodize or plated coating,” Louie says. “The specific pretreatment really doesn’t impact the spray process very much.”

The company operates four paint booths, two down-draft booths and two automotive-style drive-through models. “We try to spray certain materials in certain booths,” Louie explains. “In the largest down-draft booth, which is normally operated by two painters, we spray a lot of production primer. It’s a relatively fast-paced area. Another booth is used mainly for primer colors different than the production primer.

“We also have a downdraft booth dedicated to spraying topcoats,” Louie continues. “The downdraft topcoat booth sees a lot of color changes but it’s generally cleaner and is not as fast-paced as the primer booths. The fourth booth is pretty much dedicated to solid film lubricants, spray maskants and other smaller or less-frequent jobs.”

Curing cycles depend on part size and geometry. Esterline Hytek’s down-draft topcoat booth can also cure painted parts, but the company uses four curing ovens as well. “Curing times can run from 15 min to a couple hours,” Louie says.
Oven temperatures run from 140 to about 250°F depending on the type of coating material, the substrate material and customer specifications, Louie explains. also dictated by the coating material,” Louie explains. “Some materials will blister or burn if the temperature gets too high. But polyurethane enamels, primers and topcoats usually cure in the range of 160–200°F.”

Working to facilitate that process is Learning & Development Specialist Jack Louie, who explains that older spray guns being used in the paint department were resulting in excessive downtime and other issues.

“We were using three or four different brands of spray guns, and they were getting old,” Louie explains. “We were having problems getting parts from some manufacturers, and we wanted to standardize. So we started looking at updating our guns.”

Louie wanted the new guns to have an ergonomic design, good reliability and flexibility to handle a variety of colors and spray materials. “We spray pretty much everything—epoxy and polyurethane topcoats, enamels, zinc chromates, fuel tank coatings, PTFE and solid film lubricants,” he says. “These guns are used to spray most of our materials except those that require continuous agitation.”

The variety continues in substrate materials, which include aluminum alloys, stainless steels and alloy steels. Film builds vary according to customer specification and the spray material being used, and range from 0.0002 inches to 14 mils.

The effort to update and standardize spray guns began in earnest in 2007, but Esterline Hytek did not select a supplier until early in 2008. “We tried a couple brands of guns that didn’t work for our process,” Louie explains. “They were simply unable to deliver the improved paint productivity we were looking for.”

Esterline Hytek eventually settled on spray guns manufactured by DeVilbiss (Glendale Heights, IL). The company, a unit of ITW Inc., supplied both Compact and SRi model guns, which are equipped with full-size air and fluid controls and feature a single-finger trigger that adjusts for a range of spray patterns. Disposable cups thread into the gun body, eliminating stripped threads and the need for gaskets and seals.

Both gun lines also feature an ergonomic design that was an important factor in Esterline Hytek’s purchasing decision. “The weight distribution of these guns is better than other brands we tried,” Louie says. “They fit in the hand well, and they’re are better balanced. This is less tiresome for painters and leads to a better finish.”

The biggest switch for Esterline Hytek was trading in its pressure-feed guns for the gravity-feed units recommended by DeVilbiss, and Louie admits that he wasn’t sure if gravity-feed spray guns would work. “Gravity feed wasn’t something we had ever considered; we thought gravity-feed guns were more for automotive applications,” Louie explains. “But we got the guns in and tried them and they worked great.”

In fact, swapping pressure-feed guns for gravity-feed models led to multiple productivity benefits across the paint process. “We saw improvements in transfer efficiency, because the gravity guns allow painters to get closer to the surface being sprayed than pressure-feed guns,” Louie says. “So we’re seeing material savings and less paint waste.

Gravity-feed guns also allow painters to maintain tighter film thickness specifications than pressure-feed guns by providing a consistent, uniform spray pattern and enabling painters to turn the spray gun in virtually any direction without breaking the spray pattern. “There is no cup between the painter and the part, so painters are free to adjust air and fluid as needed,” Louie says. “They can get as close as they need to the part. That means low fluid, less air, and less overspray.”

But probably the biggest single benefit came when color changes were needed. The company runs three shifts, with 4–5 painters per shift. According to Louie, Esterline Hytek averages 6–10 color changes per shift in each booth, or 18–30 per day. “If you multiply that out over a couple of booths, it definitely adds up,” Louie says. “Color changes are definitely faster. Painters don’t have to clean out the whole pot the way they did when using pressure-feed guns. Now they just take the container off, squirt some solvent into the gun and put on a container with the new color. Color change time used to range from 4–7 min; now it’s a couple of minutes at the most.

“So the ability to use gravity-feed guns was a nice surprise and transition for us,” Louie concludes. “The change has been an easy one for our painters to get used to.”