Papst says the products can help shops reclaim 95% of their cleaners, reduce cleaning cost by more than 35%, cut down on waste and reduced reject rate caused by oil-saturated cleaners

“The cleaners are optimized to be used with membrane technologies. What's important here is we’re taking out the soils and oil from the product, yet leaving the surfactants behind,” Papst says. “When a typical facility dumps their cleaner baths, you could recover 95% of those chemistries. Most facilities will run their cleaner bath until the reject rate starts increasing, but here we're giving you a consistent output.” 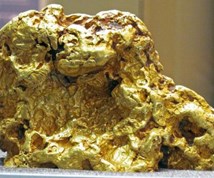 Papst says that whatever parts a company is coating, the Aquaease Infinity products provide a more consistent process with less waste.

“When we talk about reducing waste, it's even on the backside, too, because it’s what’s going into your discharge effluent,” he says. “A big thing in plants now is phosphate discharges, VOD discharges and facilities are paying surcharges. But you don't have to take out what we've already taken out at the tank.”

Hubbard Hall is a 170-year-old, sixth-generation company that is in several metal fabricating markets where cleaning surfaces is important. The company also has introduced a paint stripping line called Aquastrip that is helping save costs.

“In paint stripping, many people do offline, whether it's burn-off ovens or sending it out-of-house,” Papst says. “They have multiple sets of racks and you have a lot of handling, you have transportation, and you’re waiting inevitably for the racks that you need that are not available.”

He says Hubbard-Hall has showed customers that by extending their paint line and doing stripping inline, they’re able to save money, including one customer of theirs that saved over $300,000 a year by making this switch.

“Envision a large facility that has two people running racks all three shifts a year, that's eliminated by doing it inline,” Papst says. “Many of the other technologies don't clean the racks, so you have conductivity issues on your powder line. You'll get a quality improvement and safety improvement.”