Managing expert Matt Kirchner shares how to foster a culture of inclusivity and trust for finishing and manufacturing businesses. 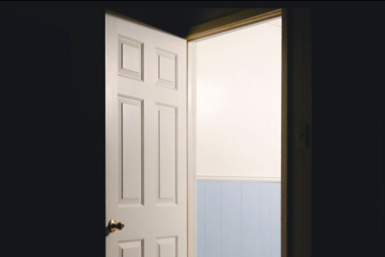 Do you work for a company where secrets abound?  I did.

Two or three team members would be sitting in an office or conference room conducting a conversation when a “confidential” topic arose.  Examples of that company’s definition of confidential included financial performance discussions, coaching of team members, business strategy, capital structure, tax planning and often simply complaining about another team member behind their back.  Inevitably, as one of these topics arose, someone would rise from their chair and close the door.  I distinctly remember the sound of the latch clicking behind them, in effect sending the message to those on both sides of the door that a confidential topic was to be discussed.

This practice created an interesting dynamic, with those on the conversation side of the door feeling privileged while those on the outside inconspicuously glanced through the window, wondering what they were missing or for that matter if the conversation was about them.  In short, the regular closing of the door sewed the seeds of a culture based on favoritism, exclusion and mistrust.  Not exactly the tenets of teamwork integral to a successful enterprise.

A better version of the open-door policy works a little differently.  Allow me another story.  Not long ago a candidate for a leadership position with our company visited our offices for an interview.  Right before we sat down to begin our discussion he closed the door to the conference room.  Not wanting to embarrass him I suggested that I needed to retrieve a notebook from my office and I got up, opened the door and returned a moment later, notebook in hand, leaving the door wide open as I returned to the table.  I reinitiated the conversation by posing a question to the candidate.  Before responding he stood up from his chair, closed the door, and sat back down.  It was at that moment that I had to share my version of the open-door policy.  Never close the door.

Well almost never.  Some work conversations must be treated with confidence.  Health issues, serious employee conduct concerns, harassment of any sort, the rare topic protected by a non-disclosure agreement, and so on.  When these issues arise, and out of respect and or for the protection of others information should be shared in a confidential fashion.  Fortunately, these types of conversations are few and far between.  For everything else, leave the door open.

For new team members who have previously worked in a closed-door environment this practice takes some getting used to.  The idea that a company would openly talk about team member improvement opportunities, financial performance, business strategy and other so-called confidential topics is antithetical to how their previous employers may have operated their businesses.  Most find this new version of the open-door policy incredibly refreshing.

Gone is the paranoia of some secret corporate strategy about which a team member might be unaware.  Nobody need worry that they are on the outside looking in.  Best of all, it is amazing what team members can learn from overhearing conversations about business operations, strategic decisions and operating performance.

Along with this culture of open information comes a responsibility on the part of all team members.  Many companies claim “Respect” as a core value.  To me, the best examples of respect are a company that respects its team members enough to be incredibly open with them and team members who respect their employer enough to maintain the confidence with which they have been entrusted.  In an open-door environment team members may overhear a conversation that should not be repeated to customers, suppliers or certainly competitors and a breach of this trust will likely come with consequences adverse to the offending member.  Once this obligation is understood, it is amazing what the sense of shared mission, trust and responsibility brought about by a genuine policy of open doors does to instill genuine commitment on the part of the team.

For any who may have missed it, thanks to social media and other technologies, the manner in which we live our lives is becoming increasingly transparent.  The way we run our companies can be as well and company performance will be the beneficiary.   Begin by leaving the door open.