Company’s emphasis on teamwork and strategic partnerships bumps it to the top spot in the Top Shops survey.
#marketing 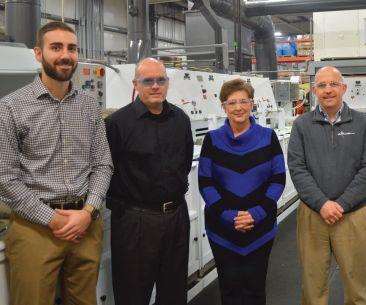 Every day is a challenge for Indiana-based Electro-Spec, especially when most of its customers use the company for producing “high-reliability” coating applications that require 100 percent conformity and zero rejects.

Coating more than 265 million parts a year can lead to some stressful days but it can also lead to near perfection, which is why Electro-Spec landed the No. 1 spot in the Products Finishing Top Shops Benchmarking Survey for 2016.

“It’s quite an honor to be recognized among the elite electroplating shops in North America,” says Jeff Smith, president of the company. “We were in the Top Shops last year, and it was a huge goal for us to get better and make it again. But to be No. 1 for 2016 is a very pleasant surprise.”

Electro-Spec—which has a customer base that stretches from North America to Asia, as well as Europe—specializes in high-quality and high-reliability gold, silver, nickel, copper and its proprietary Tri-M3 plating.

The company finished at the top of the Products Finishing Top Shops because it scored well in each of the four criteria that was used to determine the benchmarking standards: current finishing technology, finishing practices and performances, business strategies and human resources/training.

“We used the benchmarking numbers from 2015 to try to improve all of our processes,” Smith says. “It really is a great tool to be able to measure yourself against others in the industry.”

After the recession in 2008, Electro-Spec grew almost 70 percent in the ensuing years, going from approximately $6 million in sales to more than $12 million. The company continues to grow, necessitating a move into a larger facility in Franklin.

The company focuses on teamwork in every phase of the operation, and Smith is serious about training each employee. In fact, Electro-Spec offers green and yellow belt Six Sigma training for all its employees.

“Whether they are a new hire or an employee with 25 years of service, every employee plays an integral part in the development and growth of the company,” Smith says. “As a group we inspire each other, and as a team we aspire to succeed.”

The company has grown because of its success in four major industries:

Smith said Electro-Spec is focusing on strategic partnerships with key customers and suppliers.

“It really is a team effort with our employees,” Smith says. “We looked over last year’s Top Shops Benchmarking Survey numbers, and we set goals, and our team hit them.”