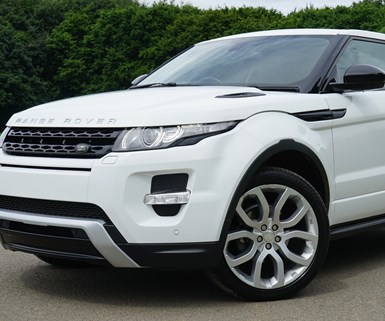 The BASF Color Report for Automotive OEM Coatings says that in 2019 about 39% of all cars built around the globe were painted white. Although white is the most popular color in every region, there are remarkable differences in the regional distribution. The report says that while in Asia Pacific almost every second car is painted white, only every third car in North America and Europe, Middle East and Africa (EMEA) is coated in this color.

Other achromatic colors – black, gray and silver – are the next three most popular colors, according to BASF. Together, they coat another 39% of the cars that rolled off the assembly line in 2019. The company says this trend also counts for the most popular car segment overall, the SUVs. But BASF says the world isn’t just black and white: the other 22% of the world’s new vehicles were sprayed with chromatic colors in 2019 and about 9% of the vehicles produced globally were blue and 7% were painted red.

Subcompacts and other smaller vehicles are more likely to have a blast of color. Beyond blue and red, BASF says brown and beige are starting to emerge, especially in EMEA. With a share of 77%, achromatic colors still dominate the picture on the streets in the EMEA region, although the share of white cars, the most popular color overall, dwindled slightly. While the popularity of silver also declines, gray continues its success story with a share of 20% in the market. The chromatic segment slightly gains: Nearly every fourth car in Europe was painted in a chromatic color. Within this segment, blue still leads the way by achieving 11%. With about 160 different shades, it is also front runner in color diversity. With a share of 2%, beige emerges significantly for the first time.

“A need for softer and approachable surfaces results in the growing popularity of beige color spaces – but they have to be modern and appealing to be accepted by the end consumer,” says Mark Gutjahr, head of Automotive Color Design EMEA.

Effects are an important design instrument as they highlight the shape of a car and offer a special appearance. Therefore, a deep dive into effect colors was part of the evaluation. Especially dark paints are often combined with effect pigments. White colors dominate as solids. In addition, the analysis shows a high share of effect colors among the chromatic color palette.

On the roads of North America, achromatic colors are clearly in the majority: white, black, silver and gray coat 77% of the market, following global trends. But, compared to the global trend, the color distribution is more balanced because the most popular color white only counts for 29% of the overall distribution. The North American market is also leading the shift from warm whites – those with yellow undertones – to cooler whites – those with bluish undertones and white pearl effects, especially on luxury and electric vehicles.

Moreover, North America is a global leader in the popularity of pickup trucks. As they shift from utilitarian tools to luxury people movers, they are trending toward deep, rich blacks, alongside the vast number of white trucks (38%) and a relatively high market share of red with 11%.

“These aren’t your father’s pickup trucks,” says Paul Czornij, head of design for North America. “They are luxury machines and they are adopting the colors you see in the luxury market’s design language.”

Most vehicles in Asia Pacific are achromatic, with an unchanged 77% color share. Almost every second car here remains white, with a dominant 49%, which is highest among all regions. Pearl white is especially popular. On the other hand, black is still low compared to other regions, but is getting more attention as a sporty and individual expression. The diverse shades, tones and effects of chromatic color are characteristic for Asia Pacific. Among these colors, blue is at the top with 7%, as it is commonly seen on electric vehicles (EVs), followed by red at 6%.

“Blue and white support the image of clean, pure and sustainable designs,” says Chiharu Matsuhara, head of Design Asia Pacific/Coatings Color and Design. Car buyers in Asian Pacific countries also demand higher design quality and individuality. “Gray plays a considerable role for EVs, with unique effects such as semi opaque and silky colors which add to the futuristic image of new connected technologies, including ride sharing and autonomous cars. New EVs are bringing new values and color design to the automotive industry as a whole.”

White remains the favorite color among South American consumers, capturing a market share of 39%. This trend has been out there for some years.

“Initially linked to technology in early 2010, with the launch of mobile phones and other gadgets of this color, white currently reinforces the “environmental color” aspect, being connected to cleanliness and purity of air and water as well as environmental preservation,” says Marcos Fernandes, Automotive Coatings Director at BASF for South America. Other achromatic colors are also part of the buyers’ preference: 23% choose silver and 14% gray. Black, which captures 11% of the market share, is less popular in South America compared to 16% encompassing the global portion.

Among the chromatic colors, red keeps conquering the hearts of South Americans, with 8% of the market share, followed by blue and beige. “Red has its traditional presence in sales, it is a vibrant color, connected to sportiness and beauty, in addition to being a color that maintains its value in resale,” said Fernandes.

The BASF Color Report for Automotive OEM Coatings is a data analysis from BASF’s Coatings division based on global automotive production and paint application to light vehicles in 2019.