Gary S. Vasilash is the founding editor of Automotive Design & Production (AD&P) magazine, a publication established in 1997 by the then-Gardner Publications with the cooperation of the Society of Automotive Engineers (SAE). He is responsible for the editorial management and direction of the monthly magazine. Vasilash continues to write a monthly column for AD&P and contributes several stories to each issue.

Vasilash is cohost, with automotive journalist John McElroy, on a weekly webcast, “Autoline After Hours,” where they, joined by leading automotive and business journalists, interview leaders in the global auto industry.

Vasilash has more than 30 years of experience writing about the automotive industry, best practices and new technologies. His work has appeared in a variety of venues, ranging from Car and Driver to Autoblog to The Wall Street Journal. He has made numerous presentations at a variety of venues ranging from the annual meeting of the Association for Manufacturing Technology (AMT) to the Federal Reserve Bank of Chicago.

Vasilash is one of 50 automotive journalists who is a juror for the North American Car, Truck and Utility of the Year (NACTOY) Awards.

Prior to his present position, Vasilash was editor-in-chief of both Automotive Production and Production magazines—predecessors to AD&P. He joined Cincinnati, Ohio-based Gardner Publications (now Gardner Business Media) in 1987 as executive editor of Production magazine.

Prior to that, Vasilash had editorial positions with the Rockford Institute and the Society of Manufacturing Engineers (SME).

He earned a Bachelor of Science degree in Journalism and a Master of Arts degree from Eastern Michigan University in Ypsilanti, Michigan. He is a member of the Automotive Press Association. 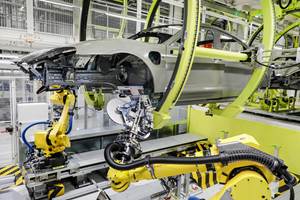 Adhesive patches are replacing plugs in the production of the Taycan. 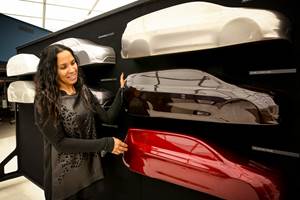 La Shirl Turner, head of the Stellantis North America Advance Color and Materials Department, talks about how she got there and what they do in one of the auto industry’s most imaginative creator of colors.
#automotive 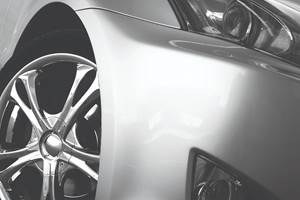 Whether it’s the Ford Flex or the Rolls-Royce Phantom, finish is key to customer acceptability
#automotive