Often called the “Father of Anodizing,” Dr. Brace passed away in his native country, England; he began in the aluminum industry in 1939. 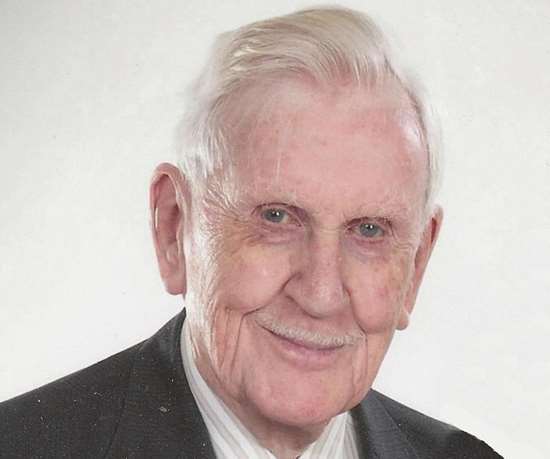 Dr. Arthur Brace—who was often called the “Father of Anodizing”—passed away April 5 at age 93 in Bawburgh, Norwich in England. His family said he had been in failing health for the last few months, although always his usual interesting and interested self.

Dr. Brace first began working with aluminum in 1939 as a laboratory assistant at a gun turrets foundry. He later went to work for the industry group Aluminum Development Association, and has been a featured speaker at many anodizing conferences over the years.

He is survived by his wife, Marion, his sons Geoffrey and Michael, eight of his nine grandchildren and 18 great grandchildren. He was married to his first wife, Dorothy, from 1947 until her death in 1979, and to Noreen from 1981 to 2002.

His biography from his family includes:

A native of Bristol, Dr. Arthur Brace entered the aircraft industry at the age of 16 as a metallurgical assistant. Some years later he joined the Aluminium Development Association where he was responsible for a range of projects. He subsequently moved to the Research Laboratories of Alcan Aluminium in Banbury, initially as Head of Metal Finishing Research and Development and later Head of Chemistry Division. During this period he built up a team which gained a high reputation and later became a recognized centre of excellence for anodizing research.

After a period as an anodizing plant manager, he established himself as a professional consultant. His consulting activities were world-wide and saw him undertaking numerous assignments involving aluminium finishing in the Arabian Gulf, Australia, Europe, the Far East and the USA. On several occasions, he served as an aluminium expert for the United Nations Industrial Development Organization. He provided expertise for the Argentine Government in planning a series of downstream enterprises to utilize the aluminium produced from the Puerto Madryn reduction plant. These projects were later successfully implemented. He advised the Government of China on the expertise needed to establish a training establishment for the manufacture of aluminium windows in the 1970s. This led to the setting up of manufacturing plants which are operating successfully today. He was also adviser to the Government of Iran on the possible future development of its aluminium industry.

Dr. Brace was also in demand internationally as a lecturer. He published numerous papers in his areas of expertise and was author of three books: “Anodic Coating Defects”, “The Technology of Anodizing Aluminium” and “Hard Anodizing of Aluminium”.

He was a strong believer in lifelong learning. He had left school at sixteen as his parents could not afford for him to continue his education full time but he continued to study part-time, receiving the City and Guilds Insignia Award and later an Honours Degree in Economics at the London School of Economics. At the age of 72 he was awarded a Ph.D. in Engineering at Aston University and a Doctor of Science degree at the age of 89, also at Aston, in recognition of his lifetime’s work. He was a Chartered Professional Engineer and Fellow of the City and Guilds of London Institute, the Institute of Materials, Minerals and Mining and the Institute of Metal Finishing.

Dr. Brace received numerous accolades in recognition of his achievements. In the U.S.A. he was given the highest award of the American Electroplaters and Metal Finishers Society, being designated a Fellow. He also received from the same Society the Sam Wyman Memorial Award and a special award in recognition of his contributions to the work of the Light Metals Committee. He was also a recipient of the Robert L Kersman Award of the Aluminum Anodizers Council. In the U.K. he received the Hothersall Memorial Medal and the Jim Kape Memorial Medal of the Institute of Materials Finishing.

Dr. Brace was one of the founders of the International Hard Anodizing Association and a member of a small group which planned the setting up of the Aluminum Anodizers Council in the USA. A member of the Light Metals Committee of the American Electroplaters and Surface Finishers Society, he also served as President of its International Branch. He served two periods on the Council of the Institute of Materials Finishing and as Chairman of its Anodizing Group.

Although nominally retired at the age of 70, Dr. Brace continued to study and work part-time, chairing professional conferences and appearing as a guest speaker. His last significant professional contribution was a paper questioning the established theories of anodizing. Further work on this he left to his successors.

He was described by colleagues as a pioneer, a great mentor and a friend. To his family he was an example of what determination and hard work can achieve. He was an inspiration to all and he will always be remembered for his enthusiasm and lifelong curiosity.