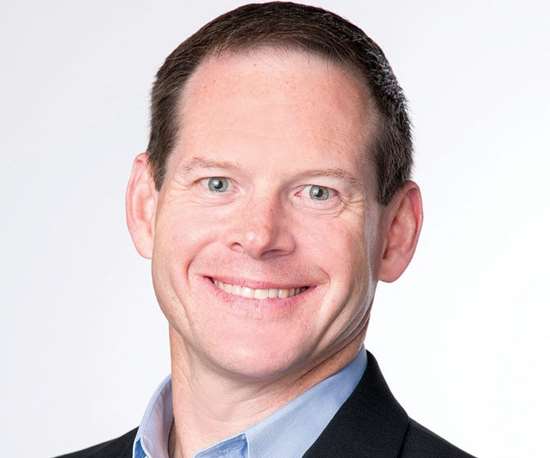 Within my first 6 years in the US Army, I had been a member of four different Battalions (around 700 soldiers organized into four sub units), been a member of two combat arms branches, evaluated leaders from six different battalions, and been across the world and the United States.  Military training had taught me that the Commander, the senior officer in charge of a military organization, was the most important person to look at to judge and to evaluate the quality of a unit.  However, even my limited experience had taught me that the real strength of an organization is three to four levels from the top.  Junior leaders in any organization make an organization great or lead to its eventual downfall.

The breadth of experience so early in my military career taught me to look deep into an organization when evaluating how good it was.  Of course, being wrong several times also helped me appreciate the strength of leaders three to four levels from the top as the real sources of strength in an organization.  During one of my first evaluations of another military unit in Korea, I was sure that the organization I was evaluating was a dud.  The senior commander was bookish, not very fit, and not Ranger qualified, a sin for a Combat Arms officer in the US Army.  Ranger School was, and is, that 9-week US Army school where you sleep less than two hours a night, most soldiers lose 20-25 pounds, and combat veterans frequently state that Ranger School was harder than combat.

As I evaluated my unit, three levels below the commander, they were far from awful, they were awesome.   They maintained their equipment, had good standard procedures, were excellent marksman, planned well, and took care of each other.  So, even though Army training stated that the Commander was the most important person, the leaders three to four levels below him that made the organization a success.  This example, reinforced everywhere I went, convinced me that the only way to build a great organization was to build, to maintain, and to continuously develop junior leaders three to four levels from the top.  These learnings are incredibly valuable for business as it seeks to simultaneously improve product quality, reduce costs, grow, and offer a better customer experience.

Corporate Lesson #1 – Scrap Your Traditional Leadership Development Programs.  Companies love their leadership development programs because it gives them a recruiting tool that they can vocalize.  Companies need to scrap, throw away, and cancel these traditional leadership development programs because they do not create the leaders that company’s need.  Instead, companies need to use coaching, distance learning, and special projects to improve vast numbers of leaders at the same level.  Company’s must abandon the great leader concept and embrace the great LEADERS concept.  Developing a large base of junior leaders is how companies find and maintain success.

Corporate Lesson #2 – Set Up A Low-Level Job Rotation Program to Grow Knowledge.  Too often, a company finds a great junior employee and holds that employee in their current position for years longer than they should.  A great addition to a large lower level leadership program is to create and enforce the use of a lower level leader rotational program to distribute experience, learning new skills, leadership aptitude, and greater knowledge of the company.  Rotational programs that last 6 to 9 months are an excellent way to develop new leaders, distribute best practices, and build retention in proficient junior leaders by giving them new skills.

Corporate Lesson #3 – Create Innovation Programs from The Bottom Up.  Some companies believe that the best innovation comes from the bottom when organization usually comes from those closest to customers, operations, problems, or the influence of competitors.  Companies need to have a formal, web and mobile enabled, and structured innovation program to feed new ideas, develop the new ideas, vote on their development, and then put them into pilot programs followed by full implementation if they are successful.  Making junior leaders responsible for innovating new ideas at their current level prepares to make them great future leaders at higher levels of the organization.

Corporate Lesson #4 – Reward Initiative & Great Customer Experience.  Giving junior leaders and junior teams the right, the attitude, and the belief that they can and should act independently and act with initiative to identify and solve company and customer problems is one of the most important skill sets for junior leaders.  I can teach someone Excel, data analytics, and business statistics with relative ease.  I cannot teach someone initiative, nor can I teach someone to care about customers.  Business skill sets can be taught later in a career.  Business beliefs in initiative, in the value of customers, and in the value of others cannot be taught in the future.  Initiative towards solving problems and delivering great customer experience is what company’s need in junior leaders.

Set about to build a great company.  At every level, look past the CEO, CMO, and CFO to the managers and team leaders that truly execute the company strategy and build the company culture of excellence.  Look to the future to set your path ahead and then look down three level to build a great team of junior leaders.

Chad Storlie is the author of two books: (1) Combat Leader to Corporate Leader and (2) Battlefield to Business Success.  Chad’s brand message is that organizations & individuals need to translate and apply military skills to business because they immediately produce results and are cost effective.  Chad is a retired US Army Special Forces Lieutenant Colonel with 20+ years of Active and Reserve service in infantry, Special Forces, and joint headquarters units.  He served in Iraq, Bosnia, Korea, and throughout the United States.  He was awarded the Bronze Star, the Combat Infantry Badge, the Meritorious Service Medal, the Special Forces Tab, and the Ranger Tab.   Chad is an adjunct Lecturer of Marketing at the University of Minnesota, Carlson School of Management.  In addition to teaching, he is a mid-level marketing executive and has worked in marketing and sales roles for various companies, including Union Pacific, General Electric, Comcast, and Manugistics.  He has been published over 320 different articles in over 170 separate publications including The Harvard Business Review blog, Business Week Online, Forbes, Christian Science Monitor, and USA Today.  He has a BA from Northwestern University and an MBA from Georgetown University. Visit combattocorporate.com/