During its annual meeting in Sarasota, Florida, the group bestowed its highest honor on Rex Winemiller, who had been an active member for 26 years until his retirement in 2015. 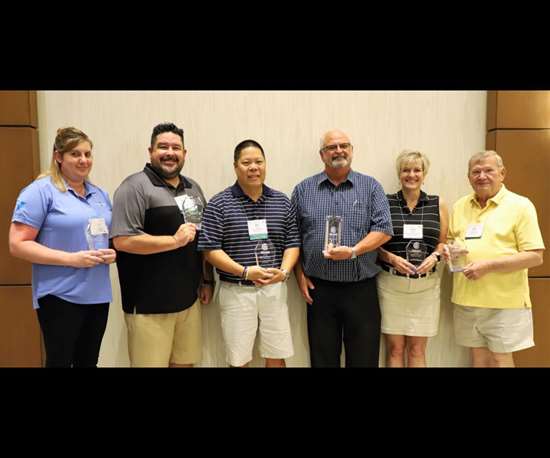 During its annual meeting in Sarasota, Florida, the Chemical Coaters Association International (CCAI) recognized award recipients and installed its 2018-2019 national board of directors.

CCAI’s highest honor, the James F. and David J. Wright Lifetime Achievement Award, was presented to Rex Winemiller, who had been an active member of the organization for 26 years until his retirement in 2015. He served on the national board of directors from 1989 to 1994, held all officer positions, and was its president from 1991 to 1992.

“The Wrights were truly leaders in the coating industry and were dedicated to the CCAI mission. It humbles me to be honored with this award in their name along with the great list of previous outstanding award recipients,” Winemiller says.

Each year, CCAI chapters also recognize User and Supplier members for their service and dedication to their respective chapters. The 2017-18 chapter award winners are: