University of Dayton Research Institute (UDRI) and the Air Force Research Lab at Wright Patterson Air Force Base in Dayton, Ohio, award contract to research the areas of advanced behavior and life prediction of aerospace materials for the U.S. Air Force.
#aerospace

Elinor Coatings in Fargo, North Dakota, received a five-year subcontract worth $3.2 million from the University of Dayton Research Institute (UDRI) and the Air Force Research Lab at Wright Patterson Air Force Base in Dayton, Ohio, as part of a Department of Defense contract to research the areas of advanced behavior and life prediction of aerospace materials for the U.S. Air Force. 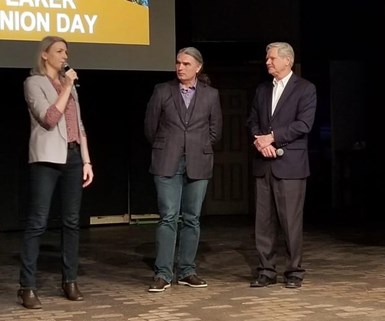 A Conversation with Richard Lynch of MacDermid Enthone

Vegas Anodizing Facility on the Rise 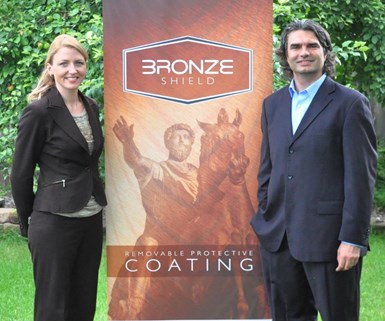 “A big congratulations to them for using their technology to protect and benefit our nation’s military aircrafts and ships,” says Senator Hoeven. “We have a robust and dynamic startup community in North Dakota, something we’ve worked a long time to establish and continue to promote, and it has rightfully garnered national attention. One such innovative company is Elinor Coatings, whose technology showed clear benefits for the nation’s military vessels, among its many other applications. That’s why we worked to connect them with the Air Force and secure a contract that will serve as a major support in the company’s future growth.

Anderson graduated from Concordia College in Moorhead, Minnesota, with majors in Spanish and Russian Studies followed by graduate studies in communications and journalism at NDSU. She grew up on a crop farm in Minnesota and as manager of that farm has converted much of the operation to certified organic. Anderson worked in marketing, communications and journalism for various nonprofits and groups, and her commitment to the environment led her to push for better chemical solutions in the coatings industry. She is an active Rotary member and volunteer for ShelterBox USA.

Dr. Dante Battocchi received a degree of doctor in materials engineering from the University of Trento, Italy, and a masters in polymers and coatings as well as a doctorate in materials and nanotechnology from NDSU in Fargo. Battocchi teachers corrosion at NDSU and is coinventor of the first magnesium-based, chromium-free primer for aluminum. He leads all research and development at Elinor, as well as corrosion and surface protection consulting for other entities. He previously served as an agent with the Italian State Police.