RMF President John Pazdan says the acquisition will provide an opportunity for RMF to expand its services and broaden its geographic reach to better serve its customers. 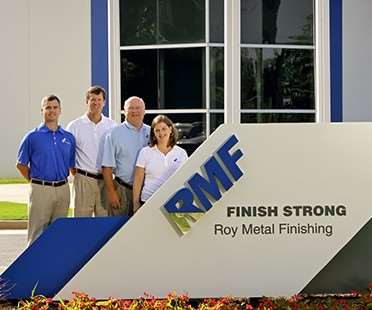 Roy Metal Finishing (RMF) has been acquired by Aalberts Industries N.V., a public Dutch technology company founded in 1975 with operations in 50 countries.

RMF, founded in 1961 in South Carolina, has grown substantially through the years to become one of the top providers of corrosion-resistant coatings to the automotive, heavy truck and industrial/recreational vehicle markets in the southeastern United States. End customers include BMW, Mercedes, VW, Ford, GM, FCA, Volvo, Toyota, Honda, Hyundai/Kia, John Deere and Caterpillar.

Aalberts say it will own 100 percent of the company, which reported about $30 million in revenue in 2017.

RMF President John Pazdan says the acquisition will provide an opportunity for RMF to expand its services and broaden its geographic reach to better serve its customers.

“We are fortunate to have found a European partner that aligns not only with our company’s core values and our focus on our people, but is also committed to our goal of providing high-quality products to our customers,” Pazdan says.

Current RMF management will remain in position to manage the company in its South Carolina headquarters, including Pazdan, who will lead as managing director.

Aalberts says it chose RMF because of its outstanding industry leadership in technology, innovation, operational efficiency, customer service and commitment to the community. In addition, the two companies operate with similar core values, both focusing on integrity and accountability, as well as quality and safety.

“We are looking forward to adding Roy Metal Finishing to the Aalberts family. RMF is an outstanding leader in the metal finishing business and this acquisition will provide a platform for us to expand our surface treatment network in the United States,” says Aalberts’ executive Oliver Jäger. “Their reputation in the metal finishing business is second-to-none, and we are proud to join with a company that has had such stellar success over the years.”

RMF is a third-generation family-owned business that was founded by Donald Roy and managed for years by his son, Clifford D. Roy. It operates from three service locations in South Carolina, employing 200 associates and specializes in corrosion-protection surface technologies for the automotive, general industrial and aerospace end markets.