Women in STEM: A Spotlight

Taking place in March of each year, Women’s History Month celebrates the achievements of females all over the world. It’s also an opportunity to recognize the achievements of women working in STEM (science, technology, engineering and math). Women have been in the minority in the world of STEM for decades, with only 28% of women making up the workforce as opposed to 72% of men. But that gap is closing slowly (but surely). 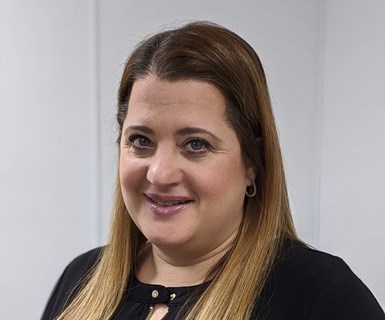 Danijela Milosevic-Popovich is a Research and Development Manager at SIFCO Applied Surface Concepts (Independence, Ohio, U.S.). Danijela graduated from the University at Buffalo with a Bachelor of Science and Master of Engineering in chemical engineering. She then continued to earn her Master of Engineering Management from Ohio University. Before becoming part of the team at SIFCO ASC in 2005, she worked in the semiconductor and rubber industries.

Danijela knew she wanted to work in a STEM field since she was young — her passion for science and math started in grade school. She loved the challenge of figuring out equations and learning theories. She says:

“I believe a strong STEM background helps train the brain to think more critically. Intuition and critical thinking together create the perfect storm of problem solving and I believe math and science are key building blocks to perfect this process.”

Education — the passport for the future

With a bachelor’s degree and two masters degrees under her belt, Danijela knows just how important education and qualifications are for anybody, whether male or female, wanting to work in STEM. While there’s still a long way to go before we close the gap of women working in these fields, the number of women awarded STEM degrees every year has increased by over 50,000 in the past decade. (Learn more.)

Danijela embarked on her last masters degree when she was pregnant with her first daughter, and continued to study and work full time. Driven by her passion to expand her horizons and learn as much as she could, she persevered.

Her story echoes a similar message that Audrey Gelman, CEO of The Wing told when she became the first visibly pregnant woman to grace the cover of Inc. Magazine. Gelman wanted to show that women can, “take greater professional risks whilst also not shelving their dreams of becoming a mother and starting a family.” Afterall, if men can have it all, why can’t women?

When asked about her day-to-day role at SIFCO ASC, Danijela lights up as she talks about all of the areas she’s involved in.

“Everyday brings something new to the table. My role encompasses so much more than the traditional R&D activities — it’s multifaceted, and keeps me on my toes. My department and I are the repository for technical know-how, which ultimately leads to growing the knowledge base capabilities of our existing product lines and the development of new applications, plating solutions, and technology.”

Through this research and knowledge base, Danijela and her team are slowly changing the perception that brush plating is a dirty, uncontrollable and manual process. Advancements such as programmable power packs and process automation have not only revolutionized the way electroplating is done, but has given repair engineers even more control. She says:

“As we’ve developed various plating applications, we’ve been able to introduce more controls to the processing phases. As a result, we’ve refined the plating process parameters to provide repeatable and controllable deposit characteristics for a process that is traditionally manually performed by an operator.  This level of control has propelled us to further develop semi and fully automated plating applications and equipment along with going away from traditional brush plating by developing encapsulated plating technologies.” 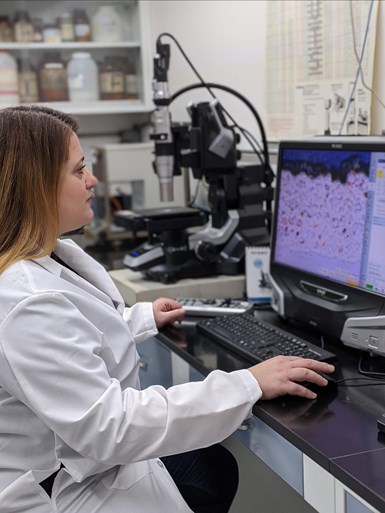 It’s not just the electroplating process that’s feeling the impact — Danjiela’s work is paving the way towards a safer and more sustainable future for repair mechanics and the environment. Working with a team of engineers, Danjiela develops REACH (Registration, Evaluation, Authorisation and Restriction of Chemicals) compliant brush plating alternatives to the toxic chemicals that are currently in use across the globe.

For example, cadmium and hard chrome are commonly used by maintenance repair engineers who are undertaking component repairs for a wide range of industries due to their increased wear resistance, surface hardness and durability. However, exposure to both metals in their compound state can be harmful for both plating technicians and the general public, as they are carcinogenic. Through exploration, analysis and development, SIFCO ASC has developed brush plating solutions that aim to replace cadmium and chrome in the future. Danjiela says:

“Right now, there is no ‘one size fits all’ solution for drop-in replacement of cadmium or chrome, so we’re focusing on making solutions such as ZnNi (Zinc-Nickel) as cadmium alternatives, and MMC (metal matrix composite) solutions for chrome alternatives.”

The challenge of being a woman in STEM

When asked about the challenges of being a woman in STEM, Danijela points to the same stereotypical barriers that have been internalized over several decades. She talks about the unconscious bias where both men and women are conditioned to think that men are more inquisitive, motivated and in charge. As a result, women have to work harder.

However, she muses that if we change the narrative, we may be able to remove the glass ceiling for both women and minorities in STEM, if we start to celebrate their accomplishments, rather than the challenges they face. She says:

“Every woman in a STEM field has a unique set of challenges ahead of her that no man will ever have to experience. I’d like to shine a spotlight on the accomplishments of women in STEM historically so that we can lay a framework for continued recognition of our girls as they turn into women and change the world alongside their male colleagues.”

For any female looking to advance a career in STEM, whether younger or older, Danijela says that believing in yourself and finding a mentor who will advise you and push you out of your comfort zone is the best thing you can do. There’s one experience with her first boss and mentor that left a life-long impression on her, and helped shape her future. She says:

“Before any big meeting, we would run through my presentation and attend the meeting together. There was one high-level meeting where there were four levels of managers in attendance, quite overwhelming for a young woman especially when most of the crowd was male. I ran through my presentation with my boss beforehand, and he told me he’d meet me there. Only, he didn’t show up. I survived the meeting, walked over to his office and asked why he didn’t show up. He told me he “didn’t want to take the spotlight away from me, he didn’t want the rest of the room to see a MAN standing behind me.” He taught me that I was quite capable of standing on my own two feet and that I shouldn’t ever feel inferior regardless of who is in my company.”