Dave Roach showed us how to live life to the fullest.
#plating 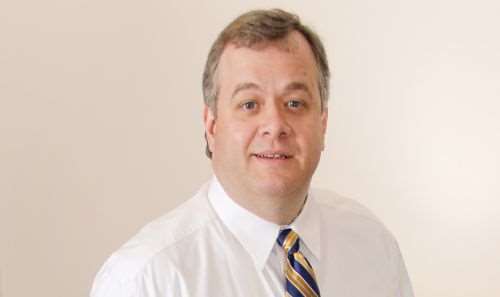 Here’s the deal: The next time I call to say I’m stopping by to visit and pick you up for lunch, I’m coming no matter what. Excuses be gone. I will drive up, walk in, grab you by the arm and off we go.

I wish I had done that a few months ago when I was in the Orlando area and wanted to stop by to visit my friend Dave Roach, owner of Peninsula Metal Finishing and all-around nice guy, and one of the smartest people that I have ever met in the finishing business.

A few months earlier, Dave invited me to speak at the Florida Finishers Corp. annual conference this year on a topic I knew so little about: the history of electroplating. I spent several months working on my presentation and after I delivered it last January, Dave walked up to me and said “Nailed it.” That was all I needed to hear to make my worries go away.

So in July I was visiting a few shops in Florida and sent Dave a note asking to stop by his business and take him to lunch. No go, he said.

“I am having a really busy schedule here last week and this week,” he said in a note back to me. “I am working the production floor, keeping product moving.”

“Still up to my fanny in gators, so unfortunately not able to do lunch,” his note back said. “I really apologize for this poor timing as I would really have liked to see you and have lunch. You are, and have been, a great help to our FFC group.”

With that, I did my business in the Sunshine State and flew home, thinking I would catch up with Dave another time to pick his brain on all things finishing.

But I’ll never get that chance. Dave passed away on Aug. 7 at the age of 71. It was sudden, and we can only imagine the grief felt by his wife of 48 years, Becky, and their three daughters. We in the finishing business grieve, too, because we lost a great one.

Dave was the recipient of the National Association for Surface Finishing’s (NASF) Award of Merit in 2014 for his distinguished career, which started after attending the Air Force Academy when he went to work for Enthone in 1970. He transitioned to working at an electroplating shop as a supervisor, then took the entrepreneur plunge and opened Peninsula Metal Finishing in 1985 with partner Smitty Coachman.

There is not a more astute expert in all things anodizing than Dave, and he worked diligently with the AESF and then the NASF for more than five decades. He was one of the leaders who started the Florida Finishers group, and helped launch and run its Mid-Winter Conference and Exposition, one of the best run events in the business. I profiled Dave in our magazine last January and asked him how he came to be so good at what he did; being the humble soul that he was, Dave shrugged off any “expert” label I tried to saddle him with.

“I am a constant student,” he said. “There is always something to learn, and that is what has kept me interested in this industry for 48 years.”

Dave Roach was one of those guys I came to know in the industry who I wanted to know what he knew. He knew so much, yet never made it overtly obvious that he knew a lot. If you asked him, he would tell you all you needed to know. He helped you where he could and made friends with everyone.

What I admired most about Dave was his intellectual reach. His career in electroplating did not define him; he loved his career, but he enjoyed being outside in nature, often hunting and fishing in the best woods and waters this world offered. He was a talented artist who painted, and he taught his six grandchildren about painting, to boot.

When Dave was 40 and extremely busy with his metal finishing shop, he learned to fly, something he told me always dreamed of doing ever since he was a kid.

“I always looked up—and still do—whenever a plane flew overhead,” he told me.

Dave Roach always looked up in life, with a positive attitude, a smile and a handshake for anyone he met. He was a great husband, and he and Becky raised three great daughters: Rebecca Ann, Diana and Cindy, whom he even formed a business with, Flo King International.

I regret not just stopping in and seeing Dave that day. Plated parts could wait. I wanted to spend some time with a good guy, a legend, picking his brain and talking shop.

Looking back on Dave’s full life, there is just one thing I could say to him: “Nailed it.”