Freedom Metal Finishing was known as Dixie Plating, and has been in business since 1944 across three generations, the most recent being Keith Eidschun. 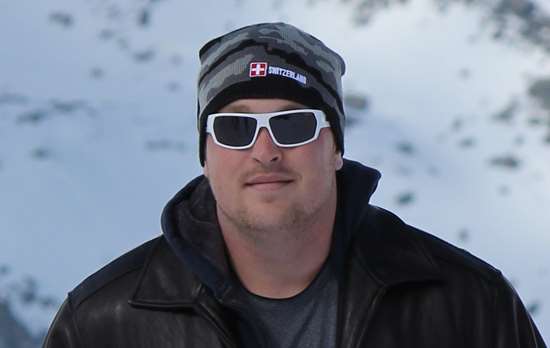 Freedom Metal Finishing was known as Dixie Plating, and has been in business since 1944 across three generations, the most recent being Keith Eidschun. He has worked there since age 16 and been the owner since 2009. Eidschun has revamped the quality systems to become Nadcap and AS9100 approved, and also owns several metal finishing R&D businesses. He is an excellent poker player, so be careful if you are sitting across the table from him some day.

PF: You took over as owner of your family’s company in 2009 after working there since you were 16.

KE: I have been full time since 2004 when I was moving back from graduate school to work for my Dad. I started plating back in 1995 when I was 16, anodize racking for the summer and after being there two weeks I got promoted to the plating line running our bright tin line and zinc line.

PF: One of the first things you did at Freedom was to go through Nadcap and AS9100 certifications. How tough was that to pull off in a short amount of time?

KE: We got AS9100 back in 2006 before I took over ownership of Freedom, and then we had to implement more process-specific parameters to do Nadcap the next year. When we got Nadcap for the first time, it took me over a year to implement all the changes from paper systems to computer systems, which to this day I don’t know how I did it. The biggest issue I have with the Nadcap system: it is not how well you plate parts, it is all in how you handle mistakes and implement systems to check and verify everything. The most difficult part was changing the attitude of the company to a team effort.

PF: You’ve implemented a lot of improvements, especially in the area of Lean Sigma methodologies. What did that entail?

KE: Our objective was to reduce the waste in our manufacturing and administrative processes to positively impact performance in quality, cost and lead-time. We used common lean tool such as 5S workplace organization, value stream mapping and Six Sigma methodology to assess historical rework data for root causes. By adopting these practices we have seen improvement in on-time delivery, increases in gross margin and overall satisfaction with customers.

PF: You own several other companies, including some in the chemical solutions industry, waste treatment and in lab supplies. How do you find time to run all of them?

KE: The key is to have good support around you at all times. I have so much going on all the time, you have to make sacrifices as an owner of a company that are tough, especially when you have new products trying to launch and so many people want to meet and discuss with you technical aspects.

PF: We hear you are a pretty wicked poker player and have won a few tournaments. How long have you played, and how good can you get?

KE: I started playing in graduate school at 22, right before the poker craze started. I have always had skill in reading people and being a problem solver; the longer I sit at a table the better chance I have to take anyone’s money. I recently won a tournament here in Tampa with over 2,000 buy-ins.

KE: Learn it yourself; don’t rely on others to figure it out for you. That’s from my dad, John Eidschun.

KE: Night owl; I hate getting up early. I only get on average five hours a sleep a night anyway.

PF: What organization or company do you most admire?

KE: Any business that has been around a long time. Businesses come and go over time, and to establish yourself as a sustainable one is a difficult endeavor.

KE: Walking my dogs, dinner with friends and family, or going out for a date night.

Get to know Keith

Favorite book: Anything about history

What’s playing in your car CD/radio: Anything that has rock music