Angela Stanley is president of Surtronics, a second-generation plating shop in Raleigh, North Carolina, that has been around for more than 50 years and is a Products Finishing Top Shop.
#marketing #plating 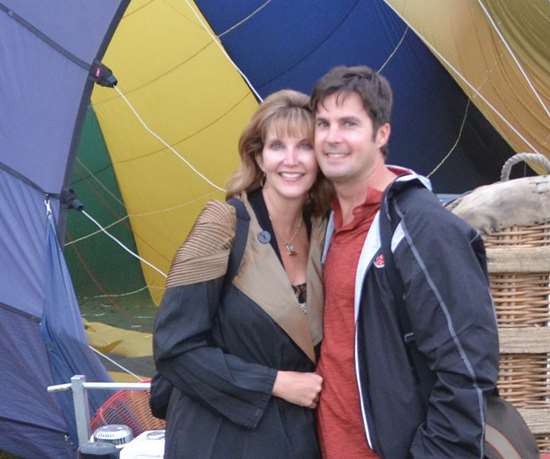 Angela Stanley grew up in the business, and in 2007 became the owner of Surtronics.

Angela Stanley is president of Surtronics, a second-generation plating shop in Raleigh, North Carolina, that has been around for more than 50 years and is a Products Finishing Top Shop. Stanley grew up in the business, and in 2007 became its owner. She moved to California, but still serves as the principal decision maker. With 45 employees, Surtronics has over 500 customers and utilizes 18 different processes.

PF: How was it growing up the daughter of a shop owner?

AS: My father had three daughters and no sons, so I was the “boy.” I grew up hunting and fishing with him and his friends. Sometimes while waiting on him to finish up in the office, I helped rack parts with Rodney Price, who is our longest tenured employee, at 39 years.

PF: Did you have an interest in running a plating shop?

AS: My father groomed me from a very early age that I would hopefully someday have the opportunity to own and run Surtronics. I was expected to do very well in school and be very active in our church and community. My interests have always leaned toward the employees and their families, versus the technical aspects of plating. My mother and father instilled in me that Surtronics is part of our family, and that it is our responsibility to take care of each other.

PF: How active are you in running the business?

AS: I have been at Surtronics since graduating college in 1992. I fulfilled many different roles along the way to learn the business from all angles. I took over my father’s half of the company in 1998, and became sole owner in 2007. We have an incredible onsite staff led by general manager Lee Bradshaw who all work together extremely well. Lee comes from a very diversified background, which allows him to understand all aspects of plating and surface finishing. If they call me for a tie-breaker, I know it must be something very complex. Our staff and managers probably have more combined plating knowledge than most of the plating shops in the country; Mike Breslin has been with us for 35 years. The staff are extremely capable of handling all of the day-to-day issues that arise. I help with the overview or broad-picture issues when needed.

AS: Our staff is great at communicating with current and potential customers. We are members of NASF and AAC and attend several meetings a year for each. We try to keep up with the latest technology in our fields, and are always open to new ideas. Our focus is on a niche market, which includes both tight tolerance electroplating, and cosmetic anodizing. We stay competitive by having the best possible quality, service, fair pricing and fast turn around.

PF: What organization or company do you most admire?

AS: I admire Google the most for how they treat their employees.

PF: What was your first job?

AS: At Surtronics, making minimum wage. That was an eye opener.

AS: Rady Children’s Hospital in San Diego where I live. My husband has worked there since 1998. The stories of the children and their families that have come through there are amazing—some heroic and some tragic. He has dedicated his career to working with children and has done more than 27,000 cases.

PF: What was your first car, and what is your dream car?

AS: A used BMW 325. My father got a great deal on it, but when we went to pick it up I didn’t know how to drive a manual shift car and we were 30 miles from home. That was a very bumpy ride home. I’m not sure what my dream car would be, because I’m just getting out of the minivan phase. I drove a minivan for 10 years and, honestly, I thought it was the best car to haul my kids and all their stuff around. I’m still in the taxi-driver stage with my kids, so probably when I’m older I’ll be driving around looking ridiculous in a fancy car.

AS: Either at water polo games, taekwondo, dance rehearsals/recitals, the horse barn, or baseball games. We live close to the beach, so if I have free time I love to go to the beach.

PF: What leadership traits have helped you?

PF: What did you want to be when you grew up?

AS: A horse trainer. I love animals.

AS: Early bird; I took all 8 a.m. classes in college because I was awake anyway.

AS: I was born and raised in Raleigh, and I will always be a North Carolina girl.

PF: If you could trade jobs with anyone for a day, who would it be?

AS: I would love to work for Mercy Outreach, or Doctors Across Boarders. My husband Clay does trips each year to support these programs. When our kids get older, I would love to also work with those organizations.

AS: When I was a little girl, my father was my hero.

PF: How do you motivate people?

AS: I believe in inclusion and the team approach. If we are all working together, then it becomes more personal, and you all believe in a common goal. Surtronics has survived 51 years because of its people.

PF: How do you motivate yourself?

AS: I am very self-motivated because I am my own harshest critic.

AS: Lee loves Tiki’s! We have several in our décor at Surtronics.

AS: My best business decision was hiring Lee Bradshaw. I had been commuting from California for 10 years, and let’s just say that between having two kids during that time and getting older, something had to give. Lee has renovated, streamlined, organized, and helped make Surtronics worthy of being selected as a “Top Shop.”

AS: Any time I’ve hired attorneys to help with a situation, they seem to be the only ones to win.

AS: The myth that managers don’t do anything.

PF: What advice would you give to yourself 10 years ago?

AS: With the recession hitting about that time, I would say hunker down and hold on—it’s going to be a tough few years.

PF: Word that best describes you:

PF: What’s the best piece of advice you were given?

AS: My mother always told me to be honest and take care of people. I have always tried hard to do both, and I have no regrets.

Get to Know Angela

Favorite movie: Beauty and the Beast, I love Disney movies.

What’s playing in your car CD/radio: Teen pop; my kids are in charge of the radio.