In September, the index contracted for the third month in a row.
#plating 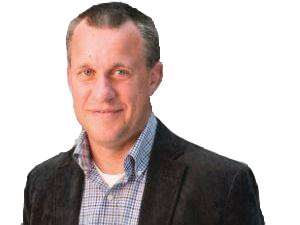 With a reading of 45.8, the Gardner Business Index showed that the finishing industry remained in a downward trend that began in June 2014. Recently, the index has contracted five times in the last six months. In September, the index fell to its lowest level since August 2013.

New orders contracted for the third month in a row. In September, they were contracting at their fastest rate since December 2012. The new orders index has trended lower since March. Production also contracted for the third month in a row, following a similar pattern to the new orders index but at its lowest level since August 2013. The backlog index has contracted at an accelerating rate since April 2014. The backlog index fell to its lowest level since December 2012. The trend in backlogs indicated that capacity utilization would fall heading into 2016. Employment has increased the last three months. Exports have tumbled due to strengthening of the dollar over the last 12 months. Supplier deliveries lengthened after they were unchanged last month.

Material prices decreased for the first time in the history of the index. The material prices index has dropped considerably since reaching its peak in June 2014, correlating with falling commodity prices due to a weaker global economy. Prices received decreased at a very moderate rate in September. Future business expectations rebounded somewhat after a sharp drop last month.

The North Central-East expanded at the fastest rate in September after contracting the previous two months. The Northeast was the only other region to grow, growing for eight consecutive months. All of the other regions had an index of 41.3 or lower. From slowest to fastest contraction they were the North Central-West, South Central, Southeast and West.

Future capital spending plans fell to their lowest level since the survey began in December 2011. In September, they were less than half the historical average. Compared with one year ago, they were down 49 percent.

Originally published in the November 2015 issue.