Carl Izzo is the kind of guy I want to be when I grow up, which wouldn’t be so sad if I wasn’t already five decades into my life. But Carl has taught all of us that that there is still time to do good even at the half-century mark. 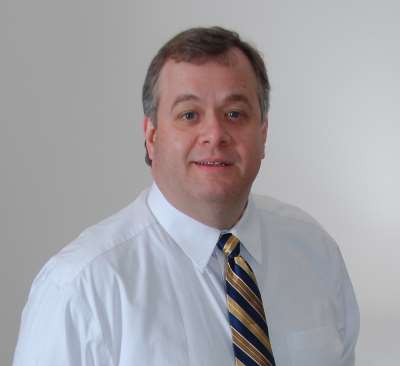 Carl Izzo is the kind of guy I want to be when I grow up, which wouldn’t be so sad if I wasn’t already five decades into my life. But Carl has taught all of us that that there is still time to do good even at the half-century mark.

We mention all this because Carl he has been the Products Finishing painting columnist for the last several decades, reaching as far back the late 1970s when things were a little simpler back then and the world was just as crazy.

We are also saying thank you and Godspeed to Carl as we introduce our readers to Bill Goughenour as our newest paint columnist this month.

Back when Carl began with Products Finishing, Carter was president, no one owned home computers and people read newspapers and magazines to get all their information, instead of today where we tend to get all our news from a small metal and plastic object we hold in our hands and stare at during lunches and dinners.

Carl was a paint consultant when he joined the magazine after spending a career as a scientist researching paints and coatings for Westinghouse and PPG, two of the giants of the industry.

He graduated with a chemistry degree from Duquesne University in 1954, and immediately went to work for PPG’s Research Center, developing many of the coatings which major U.S. industries still use today. Westinghouse lured him away in 1959 and he stayed there 32 years until leaving to start his own consulting firm in 1992.

While serving in the U.S. Air Force at Wright-Patterson Air Force Base in 1955, Lt. Izzo made his biggest discovery: He married Kitty Campbell, a surgical nurse, and they started raising a family of little scientists, lawyers and community leaders.

Their first son, Carl Jr., was born at Wright-Patterson, and their three daughters ‑ Cynthia, Sandra and Linda ‑ were born in Pittsburgh after Carl left the Air Force.

Sadly, Carl Jr. succumbed to complications with a bone marrow transplant in 2000 at age 43 after a stellar legal career. Both Carl and his son were members of the national Alpha Phi Delta social fraternity of Italians, which Carl’s father, Arthur, was a founding member of the West Virginia chapter.

Carl started the Izzo Family Scholarship which is awarded through APD each year in honor of his father and son. It’s because of Carl’s generosity that some students can afford to attend college and attain a meaningful degree, such as Paul DiBiasi (finance and public administration major at Marist College), Amanda Rosinski (a criminal justice major at Fordham) and Michelle Rahtelli (criminal justice major at Marist).

Another sad episode in Carl’s life also turned into something that eventually brought joy and happiness to others. When Kitty became ill and moved into the William Penn Care Center, Carl would visit her regularly and often played the lounge piano for Kitty and the other residents. It became something that the residents always looked forward to, as Carl would spend hours playing classical and current songs on the piano, entertaining the residents and seeing the spark in Kitty’s eyes.

When his beloved wife passed away in 2010, that didn’t stop Carl’s dedication and visits to the residents of the William Penn Care Center. He visits the center monthly, playing the piano and often singing. He has also involved his children and grandchildren, as the Izzo Family Singers now serenade the residents every Thanksgiving and Christmas Day, with Carl on piano.

By the way, seven of Carl’s 10 grandchildren are now in college, with three having already attained degrees and starting their professional careers. We’ll bet that one of them someday invents a new paint or coating. That’s just the way it is with those Izzos.

But as sad as it is to say farewell to Carl, we welcome William Goughenour to our lineup of monthly experts to the Products Finishing pages.

William—who is featured in our End of the Line Q&A segment in the back of this issue—is the senior coatings analyst for the National Center for Coatings Application, Research, and Education (C-Care) in Virginia.

C-CARE is one of the most advanced manufacturing laboratories for paints and coatings, as well as process engineering, applied research, training and education. William’s job there is to evaluate clients’ production environment, including equipment, technologies, marketing and personnel needs to ensure compliance and support of their goals and objectives.

That means William helps solves problems in the paint coatings industry, which I’m sure he will do for readers who email him with their tough questions on painting related issues.