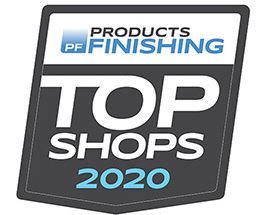 Two paint and coatings industry market analyses are available from ACA and the ChemQuest group. They cover international markets and the future direction of the industry.

Atotech’s Tridur ZnNi H5.2-plated parts can be combined with aluminum alloys and used in the automotive industry to minimize contact corrosion.

VIDEO: A Look at the 2020 Automotive Finishing Market

Michael Guckes, chief economist for Gardner Intelligence, offers a lengthy discussion on what he sees ahead for the automotive sector in 2020 and beyond.

Sea Glass is Axalta's Global Automotive Color of the Year 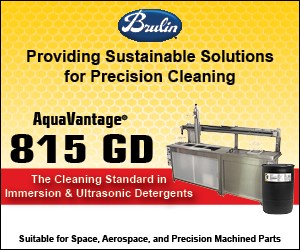 Webinar explains the economics that determine the optimal disposal point of a cleaner bath.

Finishing Index Makes Progress Back Toward ‘50’

August Finishing Index is 48.2, indicating that overall business conditions contracted for a second month, but at a slower rate than previously recorded.

June Finishing Index is 47.5, over five points lower than the reading from the same month one year ago.

Even in Good Economic Times, Are You Still Hungry?

Through the first half of 2019, the U.S. economy did quite well, but don’t be complacent.

The Metalworking Economy: Expectations and Observations at Odds

Even though most economists are demonstrating that the global economy’s growth trends are leveling off, machine shop owners still seem to be showing signs of business optimism. 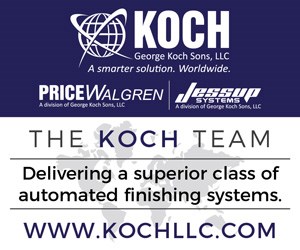 The company says it is poised to leverage the more than 50 years experience of its parent organization, Parker Engineering Co. Ltd. of Tokyo, Japan, to become a leader in the North American paint finishing market.

Is it Time to Revisit your Plastic Metallization Process?

The plating on plastics (POP) market has evolved to include an ever-broader range of substrates, huge increases in selective plating demand, using tools such as two-shot molding and laser ablation.

Jason Saner joined Abtex in June 2013 as market development manager and was promoted to lead the Systems Group in 2014 and to vice president of sales and marketing in 2015.

Is your company positioned to defend a cyberattack? How about a sudden economic downturn? If the answer to either of these questions is no, the organizers of ITPS/IFCS say they have two must-attend sessions for you.

There are so many different cleaning wipes on the market. MicroCare’s Mike Jones offers some information to help you choose the right ones.

Forty-year PPG veteran Scott Moffatt was recognized for his volunteer contributions to the organization.

A first visit to parts2clean in Stuttgart, Germany, is eye-opening to the importance of the parts cleaning market.

The event is designed to get across to the state officials that the surface finishing industry contributes $15 billion to the California economy and employs over 100,000 people in the state.

What the team at Gardner Business Intelligence sees ahead for the industrial finishing industry in 2017.

Q. Our company is in the market for a new spray booth and has been looking at several options. We want to make sure it is energy and cost efficient. What should be considered in the design of a spray booth to capture paint overspray?