Axalta names the yellow-green ElectroLight its 2021 Global Automotive Color of the Year, while its research shows white continues to be a global favorite.
#automotive 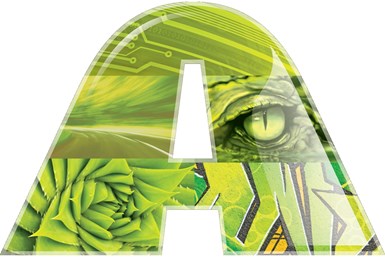 Axalta’s 2021 Global Automotive Color of the Year, ElectroLight. Notably, the most popular color in the world is . . . white, representing 38% of the market according to the Axalta 68th Global Automotive Color Popularity Report. The yellow/gold and green that contribute to the color of ElectroLight are at 2% and 1%, respectively. Photo Credit: Axalta

Maybe this is a response to the shade of drab that seemed to be the official color of COVID-19-affected 2020, but Axalta (Houston, Texas), the supplier of liquid and powder coatings, announced its 2021 Global Automotive Color of the Year, and it is anything but dreary: “ElectroLight,” a yellow-shade of green that absolutely pops.

Lockhart adds, “Consumers are looking for a breakout color and ElectroLight manifests this, while bringing a progressive approach to automotive styling and design.”

It’s worth noting that while there has been a trend toward using matte finishes and charcoal on things like trim, wheels and rockers on vehicles, the color is said to work well in combination with those more-restrained visual treatments.

Two important aspects of this color – as is the case with an increasing number of colors that Axalta is formulating – are that (1) it includes reflective properties visible to light detection and ranging systems (LiDAR) and (2) its layer structure and pigment allow the transmission of radar systems.

This makes the paint “visible” to automated vehicles while allowing vehicles painted with it to operate radar sensors.

As for the first, LiDAR works by sending out light pulses (generally at 905 nm) to the surrounding environment. The light is bounced back so that the system is able to calculate something is there. While clearcoat is typically reflective, which is good, sometimes the pigments in the basecoat can absorb the light and not reflect it back, which is bad.

As for the radar, in some instances, radar systems are deployed within a vehicle’s front or rear fascias or in the side mirrors – so even if these components are body-colored, the radar waves are transmissible through the coating, as are the returns from whatever the waves encounter.

Although ElectroLight is an exotic color, Axalta discovered as part of its research for its 68th Global Automotive Color Popularity Report that just as vanilla is the most popular ice cream flavor, white is the most popular exterior paint color on a global basis.

Specifically, white represents 38 percent of the total vehicular color pallet, of which 27 percent is Solid White and 11 percent Pearl White.

This is a global choice, with white being the color of choice in China (57 percent), Asia (48 percent) and North America (30 percent). Europe? White is tied with gray at 25 percent each.

Filling out the top three of favorite global colors are black (19 percent) and gray (15 percent).

But clearly, from a percentage standpoint, white is dominant.

The Axalta research includes a look at vehicle type and color choice.

In North America, white was the leading color across the board: compact/sport (26 percent), truck/SUV (28 percent), intermediate/CUV (34 percent) and luxury/luxury SVU (27 percent).

While some might associate black with luxury vehicles, it is second to white in that category: two points behind, at 25 percent – at least in the North American market.

In Europe, black is by far the dominant color for the luxury/luxury SUV segment, taking 38 percent, with second-place gray at 24 percent and white back at 16 percent.

It is worth noting that Axalta has found white to be the world’s most popular color for three years running.