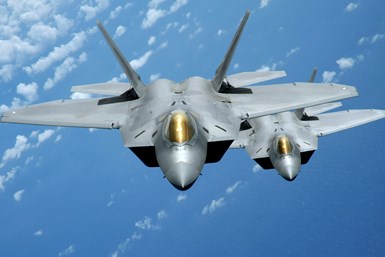 Proposed regulations from the California Air Resources Board (CARB) regarding the use of hexavalent chromium in the state have California metal finishers bracing themselves for a dire situation.

CARB held its fourth Technical Working Group Meeting in late April regarding the rules for a widespread transition from hexavalent chromium plating to trivalent chromium. The group is now proposing the following deadlines for the transition.

According to the Metal Finishing Association of California (MFACA), which runs the southern and northern state chapters of the National Association for Surface Finishing (NASF), more than 100,000 people are employed at surface finishing facilities. These facilities supply coatings for the aerospace, defense, automotive, industrial, architectural and medical sectors.

“This is as damaging as it gets,” says MFACA executive director Bryan Leiker. He points out that it will affect decorative applications quickly, but functional applications aren’t far behind.

“A lot of the customers will not use the alternatives right now,” he says. “When it comes to hard chrome and chromic acid anodizing, there’s no indication that that's going to be replaceable. And even if it was, they'll still be processing for decades.”

“It’s going to knock the industry out of California,” adds Justin Guzman, president of the Metal Finishing Associations of Southern California and president of Aircraft X-Ray Laboratories (Los Angeles, Calif.).

Aircraft X-Ray processes parts for numerous aerospace and defense OEMs including Boeing, Lockheed Martin, Northrop Grumman and others. From Guzman’s point of view, pushing finishers that perform chromic acid anodizing out of state will place a burden on the rest of the country for such work for aerospace and defense.

The impetus for the shift from hexavalent chrome to trivalent is being driven by concern over emissions. The MFACA asserts that emissions contributed by the finishing operations are well within current regulations and are a small percentage of total emissions.

“The technology’s there to control these processes and reduce the emissions — which we have done,” Leiker says.

Guzman points out that California is probably the most heavily regulated state in the country for air quality. Like other finishers, Aircraft X-Ray Laboratories is subjected to quarterly Air Quality Management District (AQMD) inspections which Guzman says are run with the line exceeding its normal operations to produce worst-case scenario results.

All of this to say that most finishers’ emissions are typically less than what is produced during AQMD inspections. Guzman adds that even at this point, the emissions from finishing operations are a drop in the bucket when it comes to overall contributors.

“When it’s all said and done we’re only around one percent of emissions,” Guzman says. “If you got rid of us completely, you’d still have 99% of the problem — and you’re getting rid of hundreds of thousands of jobs.”

The MFACA is asking anyone involved in metal finishing from employees to OEMS utilizing finishing services to reach out to CARB regarding the impact these rules will have on the surface finishing industry. Contact Eugene Rubin of CARB at Eugene.rubin@arb.ca.gov or call 916-323-0006.