Deimco Finishing Equipment, a designer and builder of custom finishing and material handling systems, has hired Chris Ribby and Scott Danner as electrical and control technicians.

Tom Arneson, VP and General Manager of Deimco says, “We are excited that Scott and Chris have accepted the positions of Electrical and Control Technicians. Their cumulative years of experience as licensed electricians and in automated systems are a valuable asset to Deimco and our customers.” 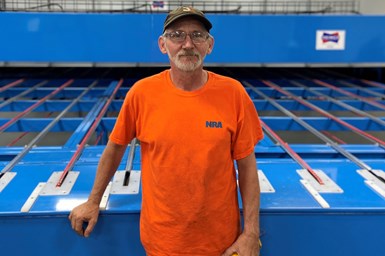 Ribby joins Deimco after supervisory roles at I.T. Electrical Services, Howgan Electric, and Swift & Company. During his time with those companies, Ribby oversaw and troubleshooted numerous electrical, pneumatic and hydraulic control systems. He will be responsible for the design and implementation of the electrical and mechanical controls of Deimco’s automated systems. 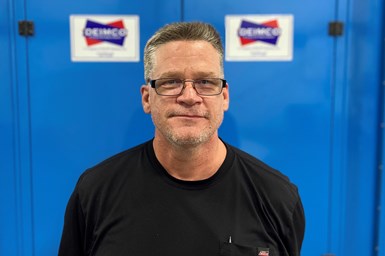 Danner joins Deimco after electrical and supervisory roles at TriOak Foods, Ritchie Industries and JBS Industries. While at those companies, he promoted the design, installation and programming of mechanical, electrical and pneumatic automation. Danner will be responsible for the design and implementation of the pneumatic and hydraulic controls of Deimco’s system solutions.

“We’re excited to add the right talent to our team,” says Kirk Shirar, Deimco’s president and co-owner. “We believe Chris and Scott are the right people—and this is the right time — to make these notable investments as we execute our strategy to be the first choice finishing and material handling solutions provider.”