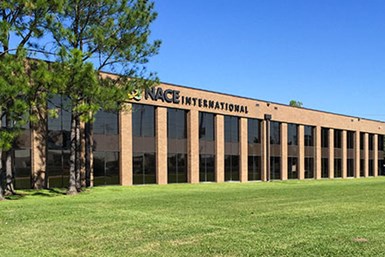 NACE International (Houston, Texas) has announced its members have voted to approve the association’s proposal to combine with SSPC: The Society for Protective Coatings (Pittsburgh, Pa.). During the two-week voting period, thousands of NACE stakeholders worldwide cast votes with an overwhelming 89% in favor of combining forces with SSPC.

The vote came after more than a year of discussions between the member leadership of both organizations and a unanimous vote this past March by NACE International’s Board of Directors in favor of a resolution to bring the combination to a member vote.

“This will bring more benefits and resources to the members of both organizations and it will have a strong and positive impact on the corrosion and coatings profession worldwide,” says NACE President Terry Greenfield.

According to SSPC President Joseph Walker, “This was a vote of historical importance to SSPC members and to the coatings and corrosion industries. The level of engagement and interest throughout the process and the impressive showing for the vote demonstrates the enthusiasm the industry has for the potential of this combination. I look forward to working with my colleagues at NACE as we move forward on creating this new organization.”

Several steps are required before a specific timeline for completion of a combination can be set, and most changes will not be immediate. Initial efforts will be focused on determining the new governance and membership structure by January 1, 2021. Member volunteers will drive discussions and decision-making to ensure the final combined organization represents the best interests of the membership. McKinley Advisors will continue to serve as a third party, independent advisor to assist both organizations with combining resources, knowledge, and cultures.

NACE International CEO Bob Chalker and SSPC Executive Director, Bill Worms issued the following joint statement, “From the time each of us began working for our organizations we have believed our members can be stronger together. We are devoted to providing our members with the best services, education, and products possible and we know this combined organization will accomplish that and more. We are pleased to see this come together and look forward to a bright future ahead for the members of NACE and SSPC.”

CEO of the New Organization

Bob Chalker has been named Chief Executive Officer of the new, combined organization. Bill Worms, who has served as Executive Director of SSPC since 2015, will remain at the helm of SSPC through 2020 and until the organizations are fully combined. The staff and office facilities of SSPC will remain in Pittsburgh, Pennsylvania.

Chalker has nearly 20 years of association management experience and has served as CEO of NACE International since 2010. Prior to joining NACE, Bob was the Managing Director of ASQ Global. Chalker also served as Director of Global Development and Strategic Planning for the Society of Automotive Engineers (SAE International).

“Bob’s association experience is tailor-made for this transition,” said Terry Greenfield, President of NACE International. “Bob’s extensive background in management and organizational leadership has resulted in a culture of high performance and success for NACE. That will be a tremendous asset as the leaders of both organizations work to strategize and develop a single organization that will serve the world’s corrosion and coatings professionals at every level of expertise.”

Added Joseph Walker, “I have known Bob since he took over as CEO of NACE and have worked with him in my role as a member of the NACE Education Committee. I have always been impressed with his leadership approach and his vision for the future. I look forward to working with him as we bring the organizations together.”

“I’m honored to lead these two venerated organizations through this monumental change,” said Chalker. “This is an opportunity to provide coatings and corrosion professionals worldwide with more mission-driven value, making societies safer by strengthening the standards, education and certification programs that makes our members the best at what they do.”

Chalker earned his MBA at Oakland University (Rochester, Michigan) and completed his undergraduate studies at the University of Cincinnati, where he received a bachelor’s degree in industrial engineering. He also sits on the boards of the Katy Area Economic Development Council and Council of Engineering and Scientific Society Executives (CESSE) and is a member of Texas A&M Engineering Experiment Station’s Industry Advisory Board.