Episode 3: Tractors in the Sky

In this episode of PF’s On the Line podcast, we hear about an electrocoating facility installed by Air Tractor, a manufacturer of cropdusters and firefighting airplanes.
#aerospace 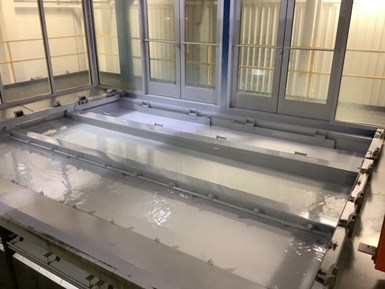 In this episode of On the Line, Products Finishing’s podcast for coaters and finishers, we revisit a story we reported on in 2017 about an electrocoating facility installed by Air Tractor (Olney, Texas), a manufacturer of cropdusters and firefighting airplanes. The company partnered with PPG Aerospace (Pittsburgh, Pa.) to find a solution for installing corrosion resistant primers for its aircraft parts. The company selected PPG’s Aerocron electrocoat primer for its new line, which was designed by Therma-Tron-X (Sturgeon Bay, Wisc.).

We check in with Michael Montfort group leader over electrocoat for Air Tractor and Robin Peffer, global tech marketing manager aerospace coatings at PPG, to hear how the program is going and the ramifications for the aerospace sector in general.

Air Tractor grew out of the work of Leland Snow, who invented his first agricultural airplane in 1951. Snow designed the first Air Tractor turbine model in 1977.

In 2008 Air Tractor, Inc. became an employee-owned company and today, the employee-owners at Air Tractor produce the most extensive line of agricultural aircraft with 400, 500, 600, 800 and 1,000-gallon capacities and powered by Pratt & Whitney piston or turbine engines.

PPG delivers the paints, coatings and specialty materials that its customers have trusted for more than 135 years. Through dedication and creativity, the company works to solve customers’ biggest challenges, collaborating closely to find the right path forward. With headquarters in Pittsburgh, PPG operates and innovates in more than 70 countries and reported net sales of $13.8 billion in 2020. PPG serves customers in construction, consumer products, industrial and transportation markets and aftermarkets.

Excerpt from Episode 3 of On the Line 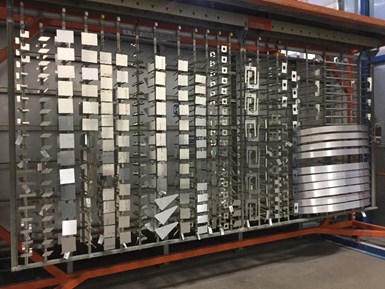 PF: I think it was around about 2017 that Air Tractor partnered with PPG to implement an ecoat facility, can you describe the system for us?

MM: It's 18 stage automated program hoist system. There are seven pre-treated stages, a dehydration oven, three cure ovens, and then an ecoat tank and two post-rinse stages. It runs 20 minutes cycle time. We use PPG’s Aerocron electrocoat paint. The system is designed by Therma Tron X. And, like you said, it was put in and we started running our first racks in late March, early April, 2017.

RP: So, to add to that a little bit, Scott, one of the things that we looked at, you know, specifically for Air Tractor, as we were developing their their system design, we really wanted to make sure that we were looking at how they could expand. So, the system actually has some additional pre-treatment sections in there.

So, as technology changes …  you know, currently the focus for pre-treatment, you know, is chrome conversion coats … As regulations change and so forth, we want the ability to be able to use not only that,  but to be able to switch to non-chrome technologies as well. So there's expansion within the system to be able to do that.

Then the oven zones in the dehydration zones that Michael talked about are actually versatile. So, we can use that dehydration oven as a cure oven if we needed to. So we've built in flexibility there, as well.

And again, that ability to be able to run over multiple shifts. 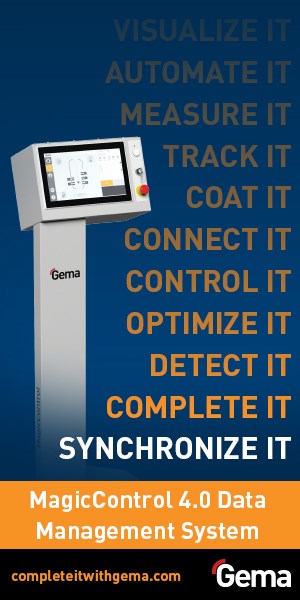