Chemetall, the surface treatment global business unit of BASF’s coatings division, says that one of the largest electrocoating shops in Canada, Jems Coating, converted to its Gardobond 24 process for pretreatment immersion and spray lines.

“Our process flow features a seven-stage zinc phosphate pretreatment with a choice of immersion or spray, depending on the parts to be ecoated,” says Robert German, majority owner of Jems Coating. 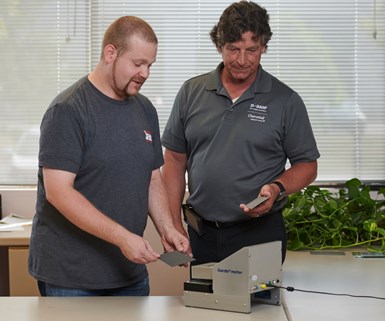 Daniel Mueller, Chemetall district manager for Ontario, says the Gardo line solutions are based on advanced pretreatment products and synchronized process steps that result in an effective automotive-quality zinc phosphate coating on all substrates.

Marino Zoratti, Chemetall’s senior technical sales manager for Ontario, says they began the troubleshooting process by sending an assortment of parts back to their laboratories for process simulation and defect analysis. They also reviewed every step of the ecoat process at Jems Coating.

“We granted Chemetall a one-week trial in February 2018 on our immersion line,” German says. “The quality improvements and cost efficiencies were striking. We no longer needed several additives. Further, the initial conversion itself was timely and flawless, an incredibly smooth and successful process.” 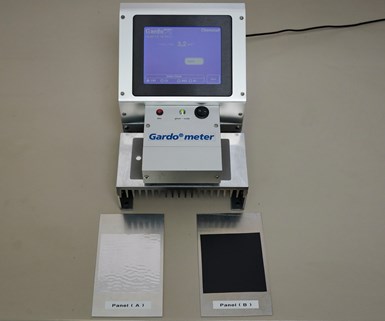 Chemetall says the Gardobond 24 process was developed to better engineer zinc phosphate processes to meet the ever-changing market demands, and perfected the chemistry required to produce the crystalline morphology that creates the fine, smooth and thin phosphate layer on multimetal substrates, including aluminum.

Jems Coating is also taking advantage of the Chemetall proprietary Gardometer, which can be used to measure zinc and manganese phosphate coatings on steel, galvanized or aluminum sheet. It replaces ASTM and ISO weigh-strip-weigh with a digital option, which is said to be easy to use, automatic, requires no technician, eliminates chemical waste (which increases safety) and provides instant results.