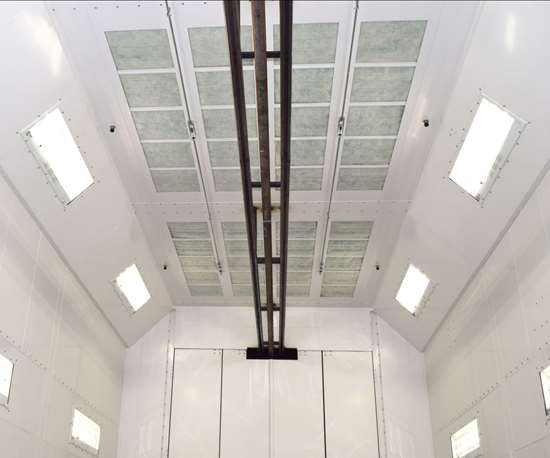 Col-Met Engineered Finishing Solutions in Rockwall, Texas, has always offered LED lighting as an optional upgrade for both its liquid and powder booths. Beginning in November 2019, the company will start quoting all new jobs with LED lighting as a standard for all its booths and will also offer retrofit kits for booths that still use fluorescent lighting.

The company looked at the many end-user benefits of LED lighting and decided it made sense to offer it as standard. “It’s part of our ongoing value-engineering program,” says Trey Peavy, product manager, RP filtration products for Col-Met. “We’re always looking for ways to save customers money or improve their applications and processes.”

LED lighting offers a variety of benefits beginning with less energy usage, compared to typical fluorescent lights. That’s because LEDs are “directional” light sources, which means they emit light in a specific direction — unlike incandescent and CFL, which emit light and heat in all directions. LEDs are able to use light and energy more efficiently in a multitude of applications.

It also takes fewer LED lights to achieve the desired brightness of the lighting requirement. The output of a fluorescent fixture is approximately 6,000 lumens and requires 134 watts of energy, according to Peavy. Using the same wattage, an LED fixture would offer around 20,000 lumens. That means the energy efficiency of an LED light is more than double the efficiency of a fluorescent light and can usually offer 40-50% energy savings with the same or better light output.

A bonus for liquid and powder coaters is that LEDs provide more vibrant, truer color. The LED lights offer a fuller color spectrum for a better color match, which is an important element in many liquid and powder applications.

The lighting output also remains constant longer. Fluorescent bulbs begin to deteriorate as soon as they are put into use, which results in both cooler temperatures than designed and a reduction in lighting output. LEDs do not deteriorate.

The LEDs come in standard 4, 8 and 12k lumen output configurations.

Not all LED lighting is the same. Col-Met uses true LED lights which include a driver board and LED diode. “There are some companies that offer LED solutions, which basically encapsulates LEDs in a fluorescent tube and then installs them in conventional fluorescent light fixtures that use a ballast,” says Peavy. “Although they get LED lighting, there is minimal reduction in energy usage.”