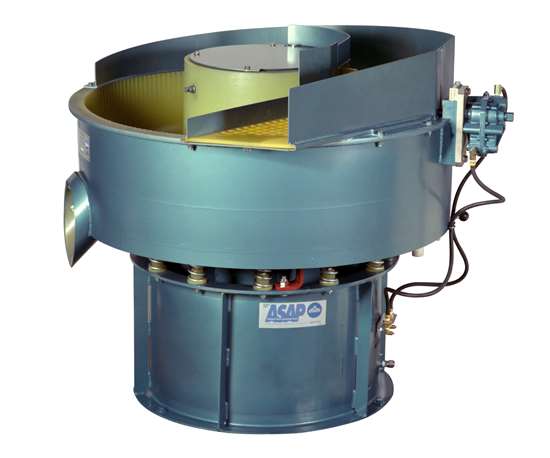 Sweco will showcase its Vibro-Energy finishing mills, which are round-bowl vibratory finishing machines driven by a direct-drive motor that the company says uses less energy per cubic foot of capacity and are less prone to drive failures. According to the company, the vibratory motion subjects parts and media to a consistent, high-frequency tilting movement as they travel in a helical/orbital path around the chamber. The resulting compressive scrubbing action cleans and also removes burrs, rounds sharp corners and smooths out surface impressions.