Wagner has updated its Coatify IoT platform with newly compatible devices, new features that increase transparency on past jobs and a lower-priced feature-light version.
#Industry40 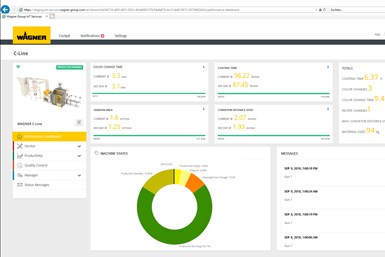 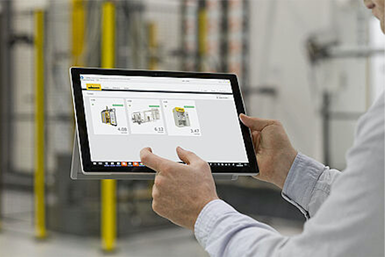 New functions allow users to trace details of past jobs, including the used recipe, coating material and other parameters. This includes recording and tracing application data such as air and voltage settings from the EPG control units.

Another new feature displays the proportion of automatic to manual coating in the production process. The performance dashboard also displays both per-day and per-shift data, with automatic updates at regular intervals.

Wagner’s SuperCenter powder center and ELine variant, which has the maximum control scope of this coating line, are now compatible with Coatify, with more machines planned to follow.

The user can now also choose between two Coatify packages. In addition to the comprehensive complete package, which offers continuous data provision, the new version Coatify.light is available as an entry-level package with flexible billing models. It has a reduced range of functions, but still displays all data from the last 365 days. Wagner says companies can start with the lower-priced basic version and expand it when demands on their own production monitoring increase.