Apex Anodizing is a Products Finishing Top Shop in the liquid and powder coating benchmarking survey, and growing thanks to a busy aerospace sector.
#aerospace #marketing

The company has three locations, two in Portland, Oregon, and one in Sparks, Nevada.

In 2015, Apex moved to a 40,000-square-foot shop located near Portland International Airport, and focused on the aviation business.

Apex employs 86 people, although Roberts believes it will be more than 100 by the time the company celebrates its 25th anniversary inn 2020.

Matt Roberts is in the corrosion business — corrosion that is meticulously controlled and measured against the highest standards in the aerospace industry. Apex Anodizing, which he launched in 1995, does its work using vats of acid and abrasive blasting to deliver surfaces for its clients that are strong, durable, lightweight and aesthetically pleasing.

“Anodizing is like controlled rusting,” says Jamie Olson, the company's vice president of sales. “You force corrosion to occur, opening up the pores in an aluminum surface so that it can absorb dyes, while also making it harder and inhibiting the flow of electrical current.” 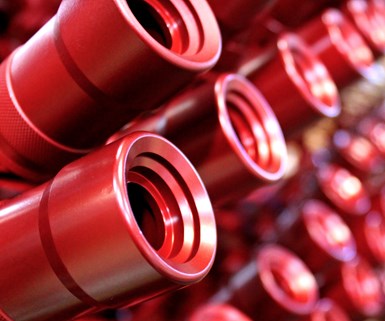 In total, Apex offers its customers 15 different types of surface treatments: anodizing, of course, but also chem film, nickel plating, zinc plating, grit blasting and shot peening, as well as powder coating and conventional paint. The company has three locations, two in Portland, Oregon, and one in Sparks, Nevada. It employs 86 people, although Roberts believes it will be more than 100 by the time the company celebrates its 25th anniversary next year.

In 2019, Apex was a Products Finishing Top Shop in the liquid and powder coating benchmarking survey.

“We're projecting revenue growth of 25% above where we were last year,” says Roberts. “The aerospace industry is very busy at this point, and we just keep training our employees for the possibility that we will grow even more.” 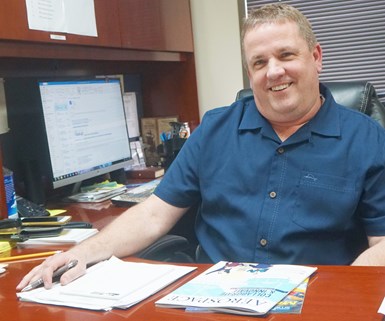 For Roberts, the journey that is Apex Anodizing began while he was working at a finishing shop located in Tualatin, Oregon. It provided anodizing services among many other surface treatments, but Roberts felt that the company was not investing sufficient time or effort into the process to deliver quality results.

“Another guy and I left, and after that they actually shut down their anodizing line,” he says. “It was clear to us that there was a need for anodizing services in the Portland area.”

To meet that need, Roberts set up a 2,000-square-foot shop in southeast Portland and, along with three employees, he began treating parts for the high-tech industry.

“Back then, we did a lot of work for companies like Tektronix and ESI — mounting brackets, chassis and sheet metal casings for computers,” he says. “From there, we branched out into the sporting goods industry, treating parts for bows and firearms.”

With his work on guns focused almost exclusively for the military and defense sectors, Roberts decided to move forward with getting a federal firearms license, allowing Apex Anodizing to treat the parts of weapons that actually discharge bullets. 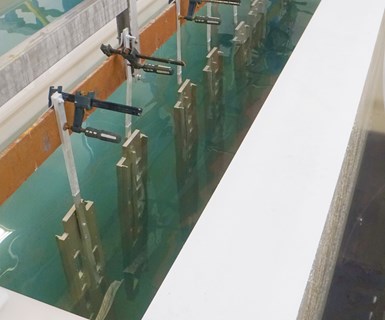 “That meant we had to start tracking serial numbers and record when each individual component arrived at our facility and when we shipped it out,” he says. “It was a lot of paperwork that we never had to do before.”

The company continued to grow along with its reputation for doing quality work. Apex moved into the automotive industry working with Freightliner, as well as treating instruments used in medical and dental procedures.

Eight years later, Roberts got his first call to do work in the aviation industry. A company based in Arlington, Washington, discovered that Apex offered multiple surface treatments all under one roof.

“They were looking for someone who could do bright dip, shot peening and sand blasting, to come up with a nice finish for these super high-quality, first-class suites for Lufthansa,” Roberts says. “We did some samples and the guy said to me, 'If we can make this work, it's going to be huge.'”

He flew to Miami to join the pitch to the German airline, bringing along his samples. Lufthansa was impressed, but wanted to know if Apex could support the volume of work that was required to meet its production schedule. 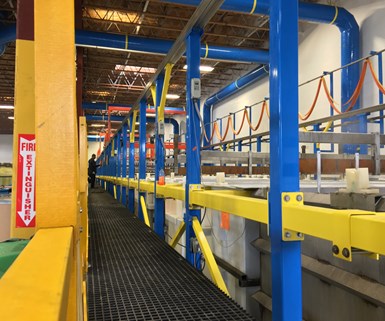 With the deal tentatively approved, it was time for Apex and its partner in Arlington to prove that they could actually deliver the product.

“Unfortunately, they were really late in getting us that first article,” says Olson. “We got the parts here on Friday afternoon, and we needed to present them to Lufthansa in Tucson, Arizona, on Monday.”

With the shop working through the weekend to treat the parts, Roberts went shopping for a gun case.

“They wanted the parts delivered by hand,” he says. “So I went out and got this big, hard-sided case with lots of padding. I flew out to Arizona on Sunday night and we had our meeting on Monday morning.”

Lufthansa loved the look and feel of the finished parts and inked the deal, officially inaugurating Apex Anodizing as an aerospace supplier.

“After we got that account, we got a call from British Airways,” Roberts says. “They wanted the same thing, but not quite — and then we got a call from United and the Alaska Airlines, and we were off and running. As aerospace came in, we started letting some of our other product lines go. Aerospace is where most anodizers would like to be.”

For five years, the company thrived, taking on new aviation contracts and adding employees and equipment to meet the growing demand. Then, it abruptly faced an existential threat.

“We were doing a lot of work for Rockwell Collins, and they announced that they were only going to use Nadcap-certified suppliers moving forward,” says Roberts. “We blindly hired four people to help support the certification process, not even knowing if we were going to be able to get it. It was definitely a leap of faith.”

Nadcap is an acronym for the National Aerospace and Defense Contractors Accreditation Program. It's a stringent set of quality standards first established in 1989 to reduce costs and ensure conformity to the exacting requirements of the aerospace industry. Before Nadcap was established, individual companies had to audit their own supply chains to ensure that standards were being met, resulting in a huge duplication of effort.

For Apex Anodizing, which had thus far been concerned with delivering fancy finishes for first-class cabins, achieving NADCAP certification was going to be a huge challenge.

“Our stuff was good, but it wasn't good enough,” says Olson. “To become certified, we had to spend a year meeting the standards before we could even undertake our first audit. That meant changing out some of our equipment and doing a complete overhaul of how we track parts as they move through our shop.”

As Apex struggled with the process, it was buoyed by a powerful but unexpected ally — Boeing.

“That was a big boost for our confidence,” Roberts says.

The aerospace giant wanted to see Apex succeed so that its Oregon-based subcontractors would have a local resource for surface treatments. At that time, the closest certified anodizing shops were located in San Jose, California, and Seattle, Washington; and servicing companies doing business in the Portland metro area was not at the top of their priority list.

Ultimately, Apex met the standard and opened itself up to an entirely new facet of the aviation industry.

“Now, we can work on the mechanical parts of the airplane,” Olson says. “We work on a lot of parts that go into the landing gear, and also the cockpit, like displays and instruments. Honestly, a lot of the parts we do end up in aircraft systems and we don't know which ones they are. For example, we know it’s a rub strip and it's going on a 777 or a 737, but that's it.”

To accommodate the increased demand, Apex moved again in 2015 — this time, to a 40,000-square-foot shop located near Portland International Airport, and focused on the aviation business. The company's location in Sparks is responsible for carrying on most of the company's work in the sporting goods sector, as well as treating parts used inside slot machines. Its latest addition, also located in Portland, is dedicated exclusively to powder coating.

“Even as we've grown, we still have what I call a 'job shop' mentality,” says Olson. “We have to adapt to do every job that comes through our door.”

Roberts credits the company's employees with its success, built around a core group of 10 people who have 15 to 20 years of experience at Apex.

“We're very lucky that we don't have a high turnover rate,” he says. “We try to stay ahead of the competition as far as pay and benefits go, and we do a lot of in-house training. Also, if people want to grow their careers here, we give them the first shot at a new job before we look to hire someone from the outside. We'll even pay our employees to continue their education. Just bring us back a report card with a B+ or better, and we'll pay the tuition. It helps our employees and it helps us.

“The employees are our most important asset.”