Q: How do I best apply epoxy and high-solids paints?

A: I have been in the coating application industry for more than 40 years, and this is a common question that is normally not solved with the “best way.” 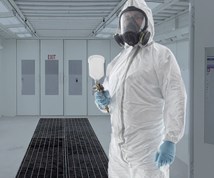 Selecting PPE for Your Paint Shop

How to Create a ‘Frictionless’ Plating & Coating Supply Chain

Many times, water or solvent is added to coatings to reduce viscosities and achieve better application results. Both water and solvent are only vehicles that are driven off after application, but the addition of either can and often does extend the drying time of the coatings.

Epoxies and high-solids coatings are almost always temperature-sensitive. Some people think heating the coating will improve the coating cure, but this is not the case at all. After atomization, the temperature of the coating falls dramatically to the point that, at about 6" from the atomization device, it is back to ambient temperatures, so heating it will not help with its cure. If heat reduces the need for adding a solvent or water to reduce the viscosity, then heating will reduce the drying process, however, as explained above.

So heating the coating will not improve its cure, but it can improve its application. It’s important for all coating manufactures and industrial users to check the thermal viscosity curve of the coating being applied.

For example, a large manufacturer of industrial racking said the viscosity of its coating was about 80 seconds on a Number 3 Zahn cup. The approach for this application was to increase the fluid pressure, increase the atomization air pressure and maybe add water to the coating to reduce the viscosity. However, the steel surface being coated was a bit rough, so reducing the coating viscosity with water resulted in it not completely covering the surface, and edge coverage also was reduced. Increasing either or both the fluid and atomization pressures meant transfer rates suffered.

Another example of how heating the coating can help with transfer efficiency is the case of a system we installed several years ago in central Florida. The coater had eight remote pumping systems to which we added inline paint heaters. The process was set at the thermal viscosity flat-line temperature of 120°F. (The flat-line temperature is the temperature at which the viscosity remains constant.) Because this line changed colors frequently, we installed five remote zones for color change and then dead-ended to the spray guns. To keep the coating at the flat-line temperature, we added a remote secondary heat transfer system (SHTS), which worked very well. After several weeks of operation, the chief operating officer decided to check the affects of heat on the application system. He told the operator to turn off all heaters and the SHTS. Within five minutes, the finish on the parts began to take on an orange-peel and very rough appearance. The fluid pressure had to be turned up, and this still did not solve the problems. However, within several minutes of the heaters being turned back on, the fluid pressures had to be reduced, and the finish returned to a high quality. Even the warmer Florida temperatures were not enough to get to achieve the thermal viscosity flat line, so the finishing system would not work as designed without the added heat.

Another way to control the viscosity of coatings is to add “work” to the coating in the form of agitation and coating circulation. Most coatings are thixotropic in nature, which means adding work to the liquid will reduce its viscosity. Take catsup, for example. If you turn a bottle of catsup upside down, it will pour very slowly; if you shake the bottle, the catsup pours much easier. The same thing happens when thixotropic coatings are agitated and circulated. The added energy will reduce the coating viscosity and assure better application at a higher transfer rate at the same time.

Simply stated, coatings need to be heated to their thermal viscosity flat-line temperatures, agitated and circulated to assure constant finish results. Without maintaining these simple properties, application results can and will vary, which affects the appearance of the finish. When these three standards are maintained, the finish results will be the same, even if the ambient temperatures change. Controlled constants result in higher transfer rates and uniform finish quality.