Nolan Hannan and Jacob Meier purchased Armoloy in 2017, and knew they wanted a data-driven shop that they provided information on how well the shop was operating, and where improvements could be made.
#marketing #topshops #plating 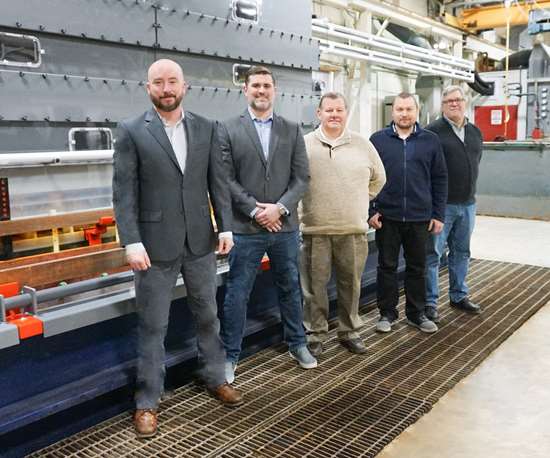 When Nolan Hannan and Jacob Meier purchased Armoloy of Illinois and Electrolizing of Rhode Island in 2017, they knew they wanted a data-driven shop that provided information on how well the shop was operating, and where improvements could be made.

Hannan had been with Armoloy as general manager since 2015, and knew improvements were needed.

How to Create a ‘Frictionless’ Plating & Coating Supply Chain
Avoiding Adhesion Failure Due to Paraffin For plating applicators, paraffin residue can cause poor adhesion, delayed blistering or other poor-...

“There was excellent information being collected throughout the operation, but we weren’t analyzing it in a way that helped us make informed decisions about the business or improve our processes,” he says. “Once we had meaningful key performance indicators in place, we were able to establish goals and identify areas for improvement. This was actually the main reason for completing the Top Shops survey in 2016 for the first time. We wanted to benchmark against the best in the industry and determine what improvements would be necessary to be considered an industry leader.”

From there, Armoloy identified bottlenecks and process improvements that resulted in significant positive change for the business, a big reason why the shop was selected as recipient of Best Business Strategies in the Products Finishing Top Shops Benchmarking Survey.

Armoloy had a 26 percent sales growth rate in 2018, and estimate they’ll achieve 15 percent this year. They attribute that to focusing on several high-growth industries to attract customers.

“We exceeded our growth forecast for 2018 and believe it was a perfect storm in a way,” Hannan says. “First, like much of the industry and manufacturing as a whole, we benefited from an incredibly strong economy in 2018. We also saw growth with a number of our key customers either through acquisition of new work or sizable increases in existing volumes.”

In addition, toward the end of 2017, they implemented a new sales and marketing strategy that has been refined over 2018, and is showing a lot of promise in both acquisition and retention of customers.

“In November of 2018 alone, we had 18 new customers that were a direct result of the sales and marketing effort,” Hannan says.

Meier says that, in lieu of traditional “machine gun style” marketing, they developed a seemingly simple strategy, “How can we help?”

“We identify what the relatable problems are in each industry, and take part in the solution,” he says. “The first step is to understand what role we play in the industries we serve, the key word being ‘serve.’ We often hear that touch points, relationships and customer service have taken a back seat to production output for many companies. Without good communication and relationships with our partners, we are at the mercy of just another production schedule in which no one is available when you need to get the job done.”

By staying in touch with their customers through a number of sales and marketing vehicles, they have had the luxury of knowing what their customer’s ever-changing needs are.

“In the last few years, our culture has evolved into a company where production, quality, customer service, marketing and sales all work together to serve one goal, which is the customer's needs,” he says. “It is not just marketing. It’s how we run our business and the people that make it possible.”