The first time John Lindstedt met Milt Stevenson Sr. was in the 1970s when Lindstedt considered installing an electroless nickel line in his plating operation in Milwaukee.
#finishinghalloffame 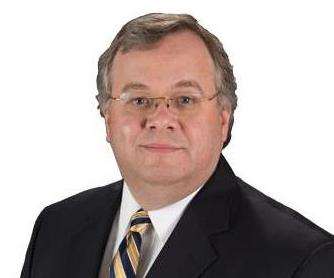 The first time John Lindstedt met Milt Stevenson Sr. was back in the 1970s when Lindstedt considered installing an electroless nickel line in his family’s plating operation in Milwaukee.

Lindstedt was fresh out of the Navy and helping his father turn what was then Artistic Plating—now Advanced Plating Technologies—into a more diversified operation.

Founder and president of Anoplate in Syracuse, New York, Stevenson was already a stalwart of the finishing industry, having been a longtime AESF mover and shaker, and a pretty gregarious fixture at industry events, which is where Lindstedt decided to walk up to him and introduce himself.

“Milt was a big, barrel-chested guy about 6-foot-2 or so, and he wore suspenders and his pant legs were always hiked up some,” Lindstedt says. “He was on the Board of Trustees at Syracuse University and a huge sports fan, so he always wore these bright orange socks. He was quite a character.”

Lindstedt chatted up Stevenson about the EN process he considered installing and asked him for tips on making the line work and making a profit. Stevenson invited him to tour his shop, offering to show how the folks at Anoplate did it.

“Milt gave me access to everything and everybody they had in the shop,” Lindstedt says. “It was unbelievable what he told me and let me in on. He would say ‘this is how you do this,’ and ‘this is how you do that.’ The guy just helped me like you wouldn’t believe, and it was more than I ever expected.”

The lesson stayed with Lindstedt over the years, how someone who didn’t know him could extend a hand of kindness and assistance when they didn’t have to, but did because maybe that was just the way they are.

“Milt was a guy who you just couldn’t not like,” he says. “It really opened my eyes to things about the industry, that you could help someone and it would be okay, even if it was another shop. I never ever forgot that.”

Those in the industry never forgot Stevenson or Lindstedt either, as both were selected for induction into the Products Finishing Electroplating Hall of Fame along with three others: Frederick Gumm, John Horner and Dr. Leslie Lancy. The five inductees for 2017 were chosen by a panel of industry veterans from nominations sent in by readers. They join 16 others selected over the past four years.

Lindstedt says it is a thrill to be inducted along with Stevenson, whom he looked up to and admired. The same could be said by Stevenson.

Only Lindstedt is among us of this year's inductees; Stevenson passed away in 2009, and the others have also left us.

“Dad thought an awful lot of John, and respected him as well,” says Milt Jr., Stevenson’s son who now runs Anoplate alongside his brother, Jim. “Three of the other four were dear friends of dad's.”

Lindstedt transformed the generosity that Stevenson showed him by giving back thousands of hours to the NASF’s government relations committee, where he served for almost a decade as a hands-on member of the group.

When EPA tried to set new hex chrome limits on plating shops and exposure limits on other chemicals, Lindstedt used his training and common sense. An analytical chemist by trade, he studied the data and inferred the numbers were not applicable to plating shops. He worked with others in the NASF to get the EPA to back off its regulations.

Lindstedt drove all over Wisconsin checking on plating shops that EPA used in reporting exposure hazards for certain chemicals. Most of the time, the plating shop was closed or the building abandoned, signifying that the EPA data was flawed or skewed.

“I would pull up to a building and go in and they would be making mattresses or something, but definitely not a plating operation,” he says. “Show me the science and data, and I’m willing to make changes. But if it’s not based on that, then you have a tiger by the tail, and I’m going to fight it.”

The same impact on finishing that Lindstedt and Stevenson had was similar to what Gumm, Lancy and Horner did in their careers. Gumm ran his family’s chemical company and partnered with Asian and European firms to bring new plating technology to the U.S. Horner authored many plating training guidelines, and Lancy was one of the originators of designing green wastewater systems for the plating industry.

In fact, when Lindstedt saw fellow inductees for the 2017 Hall of Fame class, he was surprised to read about Dr. Lancy, since his shop had installed a Lancy Integrated Treatment System decades ago.

“Well, I’ll be darned,” Lindstedt says. “I knew the name, but not the story of the guy.”

With the Class of 2017, now you’ll know the story of each of these great leaders.

For more information on the Products Finishing Hall of Fame Class of 2017 and other inductees, visit PFonline.com/zones/hall-of-fame.

Originally published in the February 2017 issue.