Incoming NASF president Jeff Brassard discusses his experiences in the surface finishing industry and his goals for the association.
#nasf #surfin 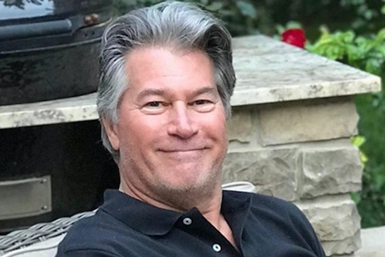 Jeff Brassard, general manager of Palm Commodities International LLC, got his start in the surface finishing industry in 1975 with a part-time job at a local plating shop to help pay for college. He later worked in sales and marketing for MacDermid, which led to a market development role in Asia, where Brassard spend almost 16 years managing a couple of different businesses. Upon his return to the U.S. in 2006, he joined Palm Commodities, a chemical supplier and distributor for the metal finishing, electronics and water treatment industries. Brassard has served on boards with the American Electroplaters Society (AES) and the National Association for Surface Finishing (NASF) and was recently named as NASF’s new president, succeeding outgoing president Steve Brown.

How did you first get involved in the surface finishing industry?

I was going to college during the day and working second shift on a plating line to pay for school. I was studying chemical engineering. It didn't take too long to figure out that what I was studying during the day in classrooms and the lab was occurring in the production area — it was chemistry at work. It was fascinating to me. I finished school and ended up joining them as their technical manager. My first five years of experience in the plating industry was really hands-on in a job shop learning from the bottom up. It was a great experience.

Tell us about your involvement with NASF. How long have you been involved and in what roles?

Before NASF, I was an AES member. While I was in Asia, the AES became the AESF, which then merged with the National Association of Metal Finishers (NAMF) and the Metal Finishing Suppliers Association (MFSA) to create NASF. Upon my return from Asia and joining Palm Commodities, my friend and colleague, Eric Weyls, who was president of NASF at the time, reached out to me about involvement at the board level. The surface finishing industry has been incredibly good to me personally, as it has been to Palm [Commodities], and I felt that it was absolutely something that I was able to do.

I was brought on in the role of vice president and spent the past couple of years serving under Steve Brown and participating in the Executive Committee. I’ve learned a tremendous amount about the industry through being involved in the association. It was a really positive experience with the camaraderie that exists at the board level. I really want the association to grow and succeed, and I want us to continue to provide value-added services to the members.

What goals do you see as the top of mind for the NASF for the next couple of years?

Prior to COVID, the NASF was starting to see a year-on-year growth in the number of exhibitors and show attendees at SUR/FIN. Traffic was increasing. And that was great, but then along came COVID.

COVID dealt us such a blow. After the beginning of 2020, when it became apparent that the world is going to forever change, the executive committee became very concerned about the viability of the association because a significant amount of revenue comes from SUR/FIN and we weren’t able to have an in-person tradeshow. So, that caused us to regroup, reduce costs, and rethink the association model. And that’s what we’re going through right now.

My goals for the next two years are to make the association a more robust and sustainable organization. That’s going to require some changes in how we derive revenue. It also means we’re going to need to recruit and promote the association in order to sign up new members.

The NASF is an association that the entire industry benefits from, yet less than 15% of the known registered plating companies are members. Honestly, for the life of me, I can’t understand why everybody in this industry isn’t a member of the NASF, because they’re deriving direct benefits from the educational programs, lobbying — all of the activities that the association puts forth to promote and sustain the industry.

If you’re in the surface finishing industry and you’re not a member of the NASF, please, give some consideration to supporting this association, which is supporting your livelihood.

In your opinion, what are the most important areas of focus?

We know that advocacy is very important. The Policy Group does an excellent job of making sure that our industry is recognized in Washington, D.C. and on Capitol Hill. We hear about legislation that may affect the industry as it is being written. I really believe that that’s a critical area.

We also have to find out if there is more need for education, both from a technical standpoint and from a business management and development standpoint. I think that’s the kind of information we want to get from our members. What could we do to make the association a better value for you as a member — or what would entice you to join so that you can derive those benefits? That’s really what I’m going to be digging into along with the executive committee of the board in the coming months.

We want to hear from you. The board is very approachable. All of the members of the board are either in the surface finishing industry supply chain as chemical producers or equipment producers, or they’re actually in the surface finishing business, meaning they’re applying coatings as a job shop or captive shop. These are your peers and your compatriots. Take the opportunity to get to know them and let your thoughts be known. We have a great organization — but in my mind, it can always be better, and we want to find out what we need to do to make it better.

For more information about the National Association for Surface Finishing or to become a member, visit nasf.org.