An Introduction to Cyclic Corrosion Testing

A variable speed peristaltic pump controls the amount of corrosive solution delivered to the spray atomizer.

Cyclic corrosion testing is intended to be a more realistic way to perform salt spray tests than traditional, steady-state exposures. Because actual atmospheric exposures usually include both wet and dry conditions, it makes sense to pattern accelerated laboratory tests after these natural cyclic conditions. Research indicates that, with cyclic corrosion tests, the relative corrosion rates, structure and morphology are more similar to those seen outdoors. 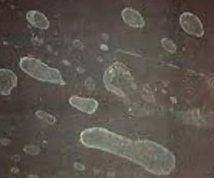 Consequently, cyclic tests usually give better correlation to outdoors than conventional salt spray tests. They are effective for evaluating a variety of corrosion mechanisms, including general, galvanic and crevice corrosion.

Cyclic corrosion tests (CCTs) are intended to produce failures representative of the type found in outdoor corrosive environments. They expose specimens to a series of different environments in a repetitive cycle. Simple exposures like Prohesion may consist of cycling between salt fog and dry conditions. More sophisticated automotive methods call for multi-step cycles that may incorporate immersion, humidity and condensation, along with salt fog and dry-off.

Originally, these automotive test procedures were designed to be performed by hand. Laboratory personnel manually moved samples from salt spray chambers to humidity chambers to drying racks, etc. More recently, microprocessor-controlled chambers have been used to automate these exposures and reduce variability.

Any or all of the following environments may be used for cyclic corrosion testing:

Ambient Environment: As used in CCT procedures, this term means laboratory ambient conditions. Ambient environments usually are used as a way to very slowly change the test sample’s condition. For example, the sample is sprayed with salt solution and allowed to dwell at “ambient” for two hours. The sample actually is going through a very slow dry-off cycle while subject to a particular temperature and humidity. Typically, “ambient environments” are free of corrosive vapors and fumes. There is little or no air movement. Temperature is usually 25°C, ±5°C. Relative humidity is 50 percent or less. The ambient conditions should be monitored and recorded for each test.

Chamber Environments: Non-ambient environments are usually chamber exposures. Cycling between different non-ambient environments can be performed by physically moving the test specimens from one chamber to another or, in automated chambers, by cycling from one condition to another. The temperature and relative humidity should be monitored. Whenever possible, automatic control systems should be used. Temperature tolerances should be ±3°C or better.

Fog (Spray) Environment: Salt fog application can take place in a B117-type test chamber or be done by hand in a laboratory ambient environment. The fog nozzle should be such that the solution is atomized into a fog or mist. Commonly, in addition to NaCl, the electrolyte solution contains other chemicals to simulate acid rain or other industrial corrosives.

Humid Environment: CCT procedures often call for high humidity environments. Typically they specify 95 to 100 percent RH. These may be achieved by using ASTM D 2247.11 As an alternative, a B117 chamber sometimes may be used to apply a pure water fog.

Dry-Off Environment: A dry-off environment may be achieved in an open laboratory or inside a chamber. The area should be maintained with enough air circulation to avoid stratification and to allow drying of the material. The definition of “dry-off” can be problematic. There is disagreement on whether a specimen should be considered dry when the surface is dry, or when the specimen has dried throughout. As corrosion products build up, the time necessary to achieve full dry-off may increase.

Corrosive Immersion Environment: This environment would normally consist of an aqueous solution with an electrolyte at a specified concentration, typically up to 5 percent. Typical pH is 4 to 8, and temperature usually is specified. The solution will become contaminated with use, so it should be changed on a regular basis.

Water Immersion Environment: Distilled or deionized water should be used. ASTM D 119312 provides guidance on water purity. The immersion container should be made of plastic or other inert material. pH acidity of the bath should be within 6 to 8. Temperature should be 24°C, ±3°C. Conductivity should be less than 50 mmho/cm at 25°C.

Because CCTs often are complicated, multi-step exposures, the procedures themselves often can confound the researcher. The following guidelines are intended to aid the user in understanding the possible sources of variability in CCT exposures. The guidelines also are intended to assist in obtaining good inter-laboratory agreement of results.

Whenever possible, reference specimens (specimens of known performance in the test conducted) should be tested concurrently with the actual specimens under test. Preferably, more than one reference specimen will be used, and the references chosen will bracket the test specimen’s expected performance. The references will allow the normalization of test conditions during repeated running of the test and also will guide comparisons of test results from different repeats of the test. It is common practice to scribe or chip coated test samples before exposure to the CCT. This provides a break in the coating that accelerates corrosion. When a gravelometer is used, the procedure shown in D3170 is recommended.

There is a growing body of evidence indicating that differences in scribe depth can significantly affect the CCT results. This is particularly important for galvanized substrates. In most cases, the scribe should penetrate into the base metal.
It is especially important that the specific scribe tool be reported, since scribe geometry can affect results. A microscope may be useful for characterizing the scribe damage. A scribing method is described in ASTM D1654.14.

In addition to the precautions specified in B117, the multi-functional nature of CCT exposures adds to the potential problems in the area of repeatability and reproducibility of results.

Chamber Loading Level: Chambers that are loaded to capacity normally will take longer to make transitions between temperatures than will lightly loaded chambers. Chambers should be loaded evenly to maintain good air flow during the test.

Fog Deposition and Uniformity: In conventional salt spray tests, the uniformity of fog dispersion is typically determined by collecting the fog fall-out at various positions around the chamber. Unlike B117, monitoring of CCT fog deposition rates cannot be accomplished while the test is operating. This is because most CCT exposures specify relatively short fog cycles. Consequently, to determine the fog dispersion uniformity in a CCT tester, it is necessary to collect the fog fall-out between tests in a special continuous spray run of at least 16 hours.

In addition to all of the usual test conditions that need to be reported in conventional salt spray tests, CCT reports should include:

The following cycles are in common use. This list is not comprehensive. The conditions shown below are merely a summary of the full instructions found in the various specifications, test methods and practices. Consult the actual documents for more complete instructions, warnings, etc. Other cycles may be more appropriate for your application. SAE J156315 is particularly useful as a source of guidance for cyclic testing.

Prohesion Test: The Prohesion test was developed in England for industrial maintenance coatings applications. Prohesion also has a reputation as a good test for filiform corrosion. The Prohesion electrolyte solution is much more dilute than traditional salt fog. In addition, the spray atomizing air is not saturated with water.

Automotive CCT Exposures: The automotive industry has taken the lead in researching cyclic corrosion tests. Consequently, most of the CCT procedures are geared toward automotive applications.

GM 954 0P/B: According to research done by the SAE ACAP Committee and the AISI, this is currently considered one of the preferred CCT methods for automotive cosmetic corrosion (painted or pre-coated metals). GM9540P/B requires a 16-hour work day or an automatic cycling test chamber. If performed manually, a sprayer is used to mist the samples until all areas are thoroughly wet. Parts should be visibly dry before each mist application. If performed manually, the samples should be left at the ambient conditions over the weekend. There are automated testers available that will perform this exposure in a single chamber.

Japanese Automotive Cyclic Corrosion Tests: The Japanese have developed a number of cyclic corrosion tests. Most are primarily for automotive applications, including CCT-1, CCT-4 and Acid Rain Test.

There are a large number of cyclic corrosion procedures to choose from. Each has advantages and limitations. Some researchers prefer fog environments to immersion. Some prefer specialized electrolyte solutions to simulate acid rain. Many prefer the advantages of automated chambers. The relative advantages of various exposure temperatures, durations and sequences remain somewhat controversial, and researchers will, no doubt, continue to modify cycle times and adjust corrosive solutions. However, there is a strong consensus that, for most materials, cyclic corrosion testing gives more realistic results than traditional salt spray.