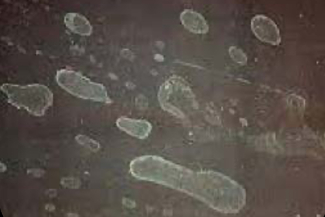 Q:  How can I avoid defects caused by water condensation?

Industrial coaters face plenty of common defects like orange peel and run and sag. Another common phenomenon involves water dripping from fixtures, paint heads, etc. and getting into the process  – commonly referred to in the industry as “spitters.” The Saint Clair Systems Paint Defects Troubleshooting Guide defines “spitters” as: 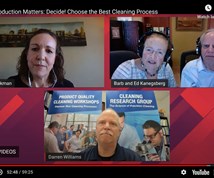 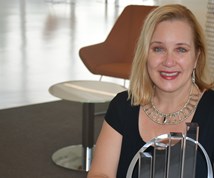 A Conversation with Jody Richards of Process Technology

“…the result of condensation which forms when the compressed air used for turbine drive and shaping air decompresses, falling below the dew point temperature of the booth…”

In more simple terms, spitters form when water from the air in the paint booth condenses, dripping into the process and contaminating the parts. Whether you’re painting with solventborne or waterborne paint, spitters cause problems.

Water is an important part of every paint operation. Booth humidity is usually tightly controlled above 50% and often at the higher end of the recommended 40% – 80% range.  Frequently, shops use a waterfall to catch and remove overspray, dust and dirt – especially in high-volume operations. Shops also keep the booth warm – usually in the 70°F – 80°F range, which assists in managing the humidity.

In short, water in the air is a normal part of the process, but it can lead to the problem of condensation.

Compressed air powers bell atomizers, and shops often use it to generate or assist with atomization in guns. It is also used for “shaping” the atomized cloud and directing the paint particles at the part.

Greatly simplified, the air applies its force by decompressing. As it gives up its energy to perform the work (move the turbine or the paint particles), the decrease in energy chills the air and cools everything it touches along the exhaust path. In fact, ice formation is a common failure mode for air-driven devices!

Think of what happens when you pull a cold beer or soda out of the fridge. A haze of water droplets (dew) almost immediately forms on the outside of the can or bottle. This is the humidity (water) condensing from the surrounding air onto the cold surface. This condensation occurs because the surface temperature is below the “dew point” of the surrounding air.

Just like on your drink, this condensation will continue to build until gravity causes it to form drops that run down the side of the container and pool at the bottom. When you pick up your drink, the condensation drips all over everything!

It is no different in your paint process.

As you paint, condensation will continue to build on your bell, gun or parts in the exhaust stream, until it forms drops that fall into your process.

They may drip onto your parts. They may fall into your atomized cloud. They may blow around in your shaping air. Regardless, they result in defects on the surface of your painted parts, leading to rework or scrap. Rework and scrap mean reduced margins, and if you are painting in the modern world, your margins are already probably thinner than you’d like.

But it’s not that simple. It’s not just heating the air that matters – it’s where and how much you heat it. Heat it too far from the gun or bell, as with an in-line heater outside the booth, and it will just cool again along the way to the applicator – increasing energy costs, but failing to solve the problem. Heat it too much and you run the risk of trading spitters for dry spray – which also requires rework.

This is where temperature control comes into play.

The heating must take place directly adjacent to the point of use via a means that is both intrinsically safe and controls the air fed to the process at a temperature above the dew point but below the dry spray threshold.