Opposing nozzles can create a 360° blast pattern, and flow through intersecting passageways to provide rapid cleaning and deburring of castings and other parts with complex internal geometry. .

Cutaway of passages in a hydraulic valve casting before (left) and after cleaning using the reciprocating blast system shows how the system rapidly removes sand and other casting debris.

From the outside, Recipro-Blast does not appear radically different than a conventional abrasive blasting system.

Cutaway of passages in a hydraulic valve casting before (left) and after cleaning using the reciprocating blast system shows how the system rapidly removes sand and other casting debris.

A patented process for rapidly cleaning and deburring complex internal passages in castings and other components is being marketed by Hammond Roto-Finish (Kalamazoo, MI). 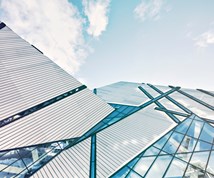 Carpenter explains that the system grew out of his foundry experience. “When I worked in foundries, first as a chief engineer and then as a plant manager, a common problem was cleaning interior part passages, especially small IDs with long or irregular sections,” he says. “In an effort to create turbulence that could be controlled, we tried introducing blast streams from opposing ends with some amazing results.”

Carpenter continued to develop the process, then patented it and sold the marketing rights to Hammond. He says it can replace labor-intensive hand cleaning, molten salt cleaning, rotary brushes, extensive external wheel blasting and other processes such as thermal deburring.

In simple terms, the process uses two or more opposing blast nozzles to impart reflective, random energy to the blast media at a chosen area inside the part. According to Carpenter, Recipro-Blast is much more effective and much faster than conventional blasting for internal deburring and cleaning.

“With a conventional lance, energy is lost because the abrasive is forced to turn an abrupt corner at the nozzle tip,” he explains. “This decelerates the blast media and reduces its effectiveness. However, two opposing nozzles create a mushroom effect and gives the added benefit of a 360° blast pattern, if desired.”

Nozzles used in the process do not have to be directly opposing, Carpenter says. “This is advantageous where part configurations don’t allow opposing nozzles, such as water jacket passages and oil galleries in engine blocks and turbocharger housings.”

Hammond has several systems in operation and is marketing the process to manufactures of hydraulic/pneumatic manifolds, valve fittings and bodies, and transmission components.

According to Carpenter, the process is also applicable for peening of internal surfaces. “Peening of normal surfaces is usually accomplished with a small-diameter lance with outlets exiting the lance at an angle,” he explains. “In peening, ideal effects are accomplished with the stream striking the desired surface at an angle approaching 90°. In the Recipro-Blast system, the angle can be varied by adjusting the pressure from side to side or changing the nozzle diameter. And, the system allows the abrasive to strike in a 360° pattern if desired, and at angles up to and past 90° with significant intensity and speed of coverage.”

In one application, the process reduced time to treat internal surfaces of fuel system components from 10 min with a conventional lance to 10 sec.

Other applications for Recipro-Blast involves deburring of internal surfaces of precision components such as valves, metering devices, rectangular and tubular parts. “Most openings in tubular parts—holes, slots and others—are created from outside to inside, leaving burrs on the interior surface,” Carpenter says. “These can be removed using any of several methods, including thermal deburring, mechanical brushing, hand deburring, high-pressure water, conventional blasting, vibratory finishing and additional machine operations. All these have advantages and disadvantages, but the Recipro-Blast allowed consistent burr removal in a matter of seconds per part with a relatively low cost of installation.”

The system can use a variety of media for abrasive blasting and peening. Media choices include ceramic beads; glass beads; carbon, stainless steel and zinc cut wire; cast aluminum, stainless or steel beads; and dry ice.