Taking the Guesswork Out of E-coat

According to Elsyca NV (Wijgmaal, Belgium; in the U.S., Newnan, GA), electrocoating of vehicle bodies-in-white is one of the last engineering areas where computer process simulation is not commonly used, and automotive OEMs are looking for such capabilities.

The company has responded with development of a package said to enable fast, accurate simulation of E-coat paint processes, including deposited layer thickness and current density distribution over time. 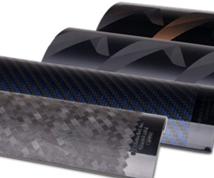 The CAD-integrated package gives users the ability to simulate vehicle movement in real time through the E-coat tank and determine whether it meets product and process requirements without physical testing. This helps identify potential problem areas where paint thickness may be below spec, as well as gas traps and features that could cause excessive paint dragout. Simulations can be performed for the full body, or users can zoom in on specific areas.

Elsyca says E-coat-related engineering is ideally completed before the first prototype is built—something that has been done based on experience alone. The software not only identifies problem areas but also can demonstrate the effects of proposed design changes.

The electrocoating software is the company's most recent addition to a lineup of packages for a variety of electrochemical processes. According to Elsyca, it is applicable not only for vehicle bodies but also for racked parts. The company says the package can help users optimize multiple E-coat process parameters, including voltages for each group of tank anodes, and take into account bath conductivity and paint resistance as well as the substrate materials being coated.

Elsyca says simulation methods have been applied with success to a broad range of engineering problems, such as hydrodynamics, aerodynamics, structural mechanics and heat transfer, but their use for electrochemical applications is limited by the complexity of the processes that govern electrochemical cells. These include electrochemical kinetics at electrodes; hydrodynamics of the electrolytic solution; mass transport of ions and uncharged species due to convection, diffusion and migration; and eventually homogeneous reactions, gas evolution and heat generation in the bulk and at the electrode/electrolyte interfaces.

Despite this, the company offers several packages that allow engineering simulation of electroplating, electroforming, electrochemical machining and similar processes. PlatingMaster, for example, lets users predict current density, the amount of metal removed from anodes and the thickness and variation of the plating deposit for any electroplating process.