The company says it is primed to revolutionize the materials industries in the commercial vehicle and construction equipment markets.
#automotive 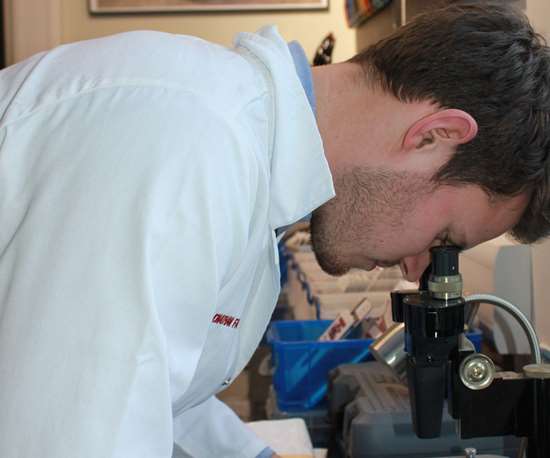 A European-based liquid paint maker is developing graphene-containing coatings for a variety of industries for corrosion protection. HMG Paints in Manchester, England is working with Applied Graphene Materials (AGM) on the project that uses graphene, which was discovered at the University of Manchester in 2004.

The company says it is primed to revolutionize the materials industries in the commercial vehicle and construction equipment markets.

“We’re delighted with how our initial testing has gone and have now progressed to life trials in the environments they’d ultimately be used in” says Jonathan Falder, head technician of the HMG graphene project. “We’ve found AGM’s Graphene dispersions to integrate well using conventional processes and seen some significant performance gains from our own testing of commercial products. We are moving onto full scale trials and commercial launch as we believe that these benefits can add real value to our customers.”

In 2004, two researchers at the University of Manchester,Professors Andre Geim and Kostya Novoselov, discovered graphene and won the Nobel Prize in physics for their pioneering work. According to the university, graphene is unique in that it is ultra-light yet immensely tough, 200 times stronger than steel but it is incredibly flexible, is the thinnest material possible as well as being transparent, and it is a superb conductor and can act as a perfect barrier; not even helium can pass through it.

HMG Paints is a family owned business that is the UK’s largest independent paint Manufacturer. AGM’s strategy is to target commercial application in three core markets: coatings, composites and polymers and functional fluids.