A Conversation for International Women in Engineering Day

SIFCO ASC engineers Dr. Ani Zhecheva Brain and Danijela Milosevic-Popovich discuss the challenges of being a woman in a STEM related field, reflect on the achievements of women in engineering and talk about opportunities for women and girls interested in STEM.

International Women in Engineering Day (INWED) was observed on June 23 — Products Finishing celebrated by talking with two accomplished engineers from SIFCO ASC (Independence, Ohio) and SIFCO ASC (U.K.).  Being a woman in a STEM career holds many challenges, but INWED gives us the opportunity to reflect on the achievements of women in engineering. It also gives us the chance to highlight role models for women and girls interested in STEM. We discussed all this and more with Danijela Milosevic-Popovich and Dr. Ani Zhecheva Brain, who have both been in the finishing industry for over 15 years.

Both women have spent the majority of their careers at SIFCO ASC, a selective plating company. 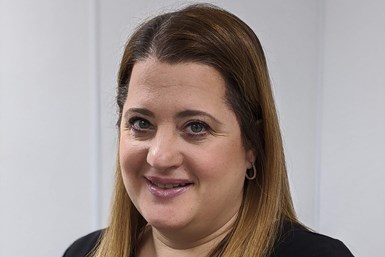 Danijela Milosevic-Popovich is the manager of research and development in the U.S., but she describes her position as multifaceted. “We are working on some great things, developing new applications and processes for future work. At the same time, we might be troubleshooting, providing solutions for contamination issues for quality folks and solutions manufacturing, or helping the mechanical engineers design anodes so that we have flow where we need it. A couple of weeks ago, they were having issues in our contract service area applying a conversion coating, and it wasn't going on evenly. So we worked with them to get a better process ironed out.” 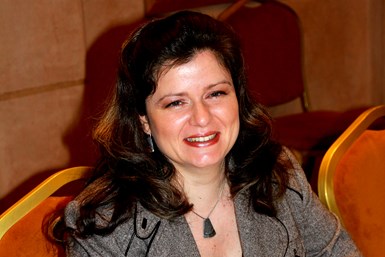 Dr. Ani Zhecheva Brain is the REACH and quality systems coordinator in the U.K., in charge of quality, health and safety and environmental systems. “That involves ongoing monitoring and updating of all company documentation and compliance certificates and preparation for all internal and external audits, ” Ani explains. “I am also in charge of monitoring the REACH regulation and all other H&S and environmental legislations to ensure that SIFCO ASC is compliant. I produce and approve all the manufacturing documentation and create and update all SDSs for the plating solutions that we manufacture at our facility in Bromsgrove. My role offers various challenges on a daily basis, which makes it very interesting and exciting.”

When asked how they got their start in engineering, both women credited early experiences and high expectations from their parents. Danijela explains that she was a naturally curious child with an aptitude for science and math from the beginning. As she got older, she noticed there weren’t many women interested in science and math — and that inspired her.

“It was an area that there weren’t a lot of women in and it was cool to think, I'm going to be one of the girls to run with the boys and break into this field,” she says.

Ani grew up with a lot of great examples. “I come from a family of mathematicians. My dad was a very respected Professor of mathematics and my mom is a university graduate in mathematics. My grandmother and my granddad were respected teachers in math. So I think it just runs in the family,” she laughs. “I always looked up to them as my role models and inspirations.”

Danijela’s family also played a key role in her career — especially her father. Her parents came to the U.S. to give her and her brother the opportunity to define their own futures. “Being from the Balkan part of Eastern Europe, the men are more revered than women. Boys were raised with the expectation of going to go off to college, to be the breadwinners, and women would more be the one staying home, taking care of the house and whatnot.”

“My dad wanted me to have every opportunity, like my brother would, and he wanted to make sure that I could be financially independent without having to depend on anyone. I remember just as I was finishing high school up, he said to me, I’m going to give you three roses and you can only pick one. The first rose I can give you is that you can stay at home, pay rent, get a job and live with me. The second rose, you can go find a husband and get off my back and get on someone else’s. The third rose I can offer you is that if you decide you’re going to go to college, as long as you keep up with your grades, I’ll do whatever I can to support you financially so that you can complete your degree.

And to me, it was a no brainer. He wasn’t sure how I was going to answer. But it just made sense that I was going to go to college. My parents came to the U.S. for a better life and they did everything they could to give us that better life. My dad’s a painter, my mom worked in a factory and they sacrificed a lot.”

Ani had the support of her family, too, and was inspired to excel by some healthy competition. “My family was slightly different in the sense that I’m the third generation of university grads,” she explains. “Everybody was expecting me to do well at school and university. I always looked up to my brother because he was naturally good at school and very much into literature and history. He became a fantastic lawyer in the end. At school, math was always my strength. So I always wanted to prove to my parents that I’m good enough. My brother was always really, really good at everything in life. So, I always wanted to prove myself that I can do as well or even better.”

We talked about more than Ani and Danijela’s experiences as women. Danijela mentioned how brush plating is evolving for the good of the industry and the environment. “One of the biggest things that I’ve seen evolve since I’ve been here is introducing programmable and controllable power packs and software. So we have a lot more control over our processing and plating steps. We can literally program every step with the voltage amperage or amp hours. That’s done a nice job of introducing a lot more repeatability and reproducibility, as far as putting the deposit on the part at the right rates that get the characteristic that you’re looking for. In brush plating, you’re bringing a brush to a work piece. It’s almost like painting the plating on. We’ve done a great job over the past couple of years in terms of trying to automate it further again, and that goes back to the controls and applications.”

SIFCO ASC is going beyond automation. One unique method they’re using is floating anodes into a cavity to plate a part. This enables application on previously inaccessible areas and geometries. They are always looking to optimize applications for complex parts.

SIFCO ASC is also committed to being environmentally friendly. Brush plating uses very small amounts of solution, in comparison to traditional plating. The same need to contain and handle waste applies in both processes, but brush plating produces less waste, particularly with the automation processes Danijela described. SIFCO ASC is motivated to work with its customers who are seeking to improve their environmental outcomes.

When asked what kind of challenges they faced as women in STEM, Danijela and Ani talked of overcoming gender stereotypes during the course of their careers.

The challenges start early. Thinking of her time in college, Danijela recalls, “My dad’s friends in our community asked why he was wasting his money on my education. And his response was, aside from ‘It’s none of your business,’ he told them that he wanted me to be able to be financially dependent, whereas the other perspective was that I would go to college and end up dropping out or becoming a domesticated housewife. Not that there’s anything wrong with that, but I think you need to be able to choose. He gave me the choice.”

She reflects on being the minority in college, attending huge lectures where she was surrounded mostly by men. “Those detracting voices in your head start telling you things that you shouldn’t believe. And just be prepared for that. Sometimes guys can be inappropriate. And you just have to be open minded to a certain degree, but you also have to be able to define your boundaries. There’s a balance there.”

Women are still the minority in engineering, but some things have changed since these two left college, including the number of women at SIFCO ASC. “When I originally started, I think it was just the HR position and maybe one other position [in the executive committee] out of eight roles that were women,” describes Danijela. “Now, it’s half and a half. As far as those roles go, it’s a 50/50 balance, which is nice to see. And I think it feels a little more comfortable.”

All the problems aren’t solved, but the industry is making progress. “There are times where you question some things that happen — an environment or the way people say stuff. And then you’re like, did he just say that because I’m a woman, or did he say that? Or am I just being too sensitive?” Ani laughs and says she knows that feeling well.

But as the senior quality person in the U.K., Ani says she is respected. “SIFCO ASC U.K. gave me an amazing career opportunity. I joined SIFCO ASC straight after I completed my PhD in 2005.  I'm glad to say I feel comfortable and happy working for the company. I don't particularly have any issues being a woman and working with the men within SIFCO ASC. I'm seen as the quality person and when there are issues, I’m comfortable discussing them with everybody, giving instructions or correcting paperwork. Everybody respects my opinion and my work.”

Danijela agrees. “Over the years, it’s shifted and I think there’s a lot more respect in the workplace than there used to be.”

Advice for the future

How do we encourage the next generation of women and girls interested STEM careers? Danijela and Ani agree that a big part of being successful is being persistent. “Girls get deterred at a younger age,” Danijela explains. “It has nothing to do with ability. It’s just that bias towards boys can do it, they’re more capable. Whereas girls can do just as much, they just need to believe in themselves and not give up.”

“I think it’s important to pass the message to young girls and women that there are so many opportunities out there. No matter your age, gender or ethnic background, if you have a dream, just go for it.”