} Alodine EC2: ‘All aboard’ for saltwater corrosion resistance | Products Finishing

Alodine EC2: ‘All aboard’ for saltwater corrosion resistance

Volvo Penta, a leading worldwide supplier of engines and complete power systems for marine and industrial use based in Chesapeake, Va., recently redesigned one of their leading engine exhaust systems and stern drives used on 20 to 35-foot pleasure craft.
#marine #plating

Volvo Penta, a leading worldwide supplier of engines and complete power systems for marine and industrial use based in Chesapeake, Va., recently redesigned one of their leading engine exhaust systems and stern drives used on 20 to 35-foot pleasure craft. 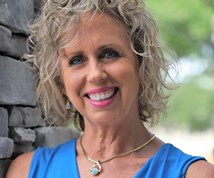 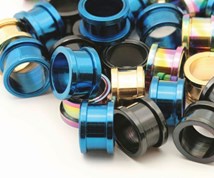 The goal of the new Volvo Penta Ocean X was to make the equipment more durable in highly corrosive saltwater environments, and to reduce the weight of the assemblies so the boats can accelerate more rapidly, plane out faster and travel at higher top-end speeds using less fuel.

The answer was in Henkel Corporation’s Alodine EC2 coating, but first some background.

To protect the aluminum stern drive/prop assembly housings from corrosion, Volvo Penta had been applying a chromate coating for more than 30 years. But chromate contains an extremely hazardous, EPA-regulated carcinogen, and requires a complex on-site water treatment facility at Volvo Penta.

The redesign presented two dilemmas: how to better protect the stern drive assembly from corrosion, and how to eliminate the dangerous, expensive and environmentally hazardous chromate coating process.

Then came the issue of the manifold redesign. In January, the EPA introduced new emissions regulations requiring catalytic converters to improve exhaust emissions.  Anticipating this deadline, Volvo Penta began to redesign their exhaust manifold in 2008 to meet the pending federal requirements.  But the addition of a catalytic converter would not only add to the overall size of the engine exhaust system, it would also greatly increase its weight.

The manifold exhaust stream gets as hot as 850ºC.  The exhaust gases must pass through aluminum and rubber components before entering the body of water. To ensure that these components do not melt from exposure to these super-heated gases, seawater passes over the manifold, cooling the exhaust.  As this seawater is highly corrosive, few substrate materials will withstand ongoing exposure.

Volvo Penta’s existing exhaust system was made of heavy cast iron that was painted for optimum corrosion resistance.  To reduce the weight of the newly-designed, larger engine exhaust system, Volvo Penta engineers wanted to use a lighter substrate material such as aluminum, but were challenged to find a material that could withstand the corrosive seawater and temperature extremes.

As aluminum is much less dense than cast iron, Volvo Penta greatly reduced the weight of the exhaust manifold, improving both fuel economy and overall performance.

“Alodine EC2 eliminates pretreatment and typically eliminates the need for up to 1-2 layers of paint, all in one quick step,” he says. “The coating’s environmental resistance properties, combined with its simplified coating process, provide options for automotive, marine and industrial applications that are not available with any other coating process.”

Aluminum components coated with EC2 have now been used at Volvo Penta for approximately two years  With the Alodine EC2 coating, corrosion resistance is dramatically improved when compared to chromate coated parts. During testing, electroceramic coated parts were scratched and then subjected to salt water immersion and tidal testing.  With EC2, scratched surfaces easily resisted corrosion damage creep, the deepening and widening of the damaged area.

In October of 2009, Volvo Penta was awarded the IBEX Innovation Award for the new Ocean X stern drive design.

To read about how the marine industry deals with high-performance aluminum plating technology, visit http://www.pfonline.com/articles/049905.html 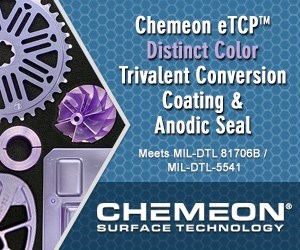