For many plants and job shops, the emergence of process control systems have accounted for hundreds of thousands of dollars in savings in chemical and energy use. Here's a look at one success story...
#energy

The chemical tank farm, located inside the plant, automatically adjusts chemical levels in the treatment tanks with the aid of the PC-based process control system.

Prior to the treatment process, parts are loaded into metal baskets and then moved onto the lines.

Automating control of process variables on chemical phosphating lines takes out stress while saving time, costs and man hours. Elgin, IL-based SKF Sealing Solutions (formerly known as Chicago Rawhide, a division of SKF) discovered this while working in concert with its chemical supplier, Henkel Corporation, to control four multi-bath treatment lines used in the production of industrial seals. Before automation, chemicals were replenished during each work shift after manual titration determined chemical levels in the four 18-tank treatment lines.

Developed by Henkel Technologies Group as part of its Integrated Equipment Solution business, the Lineguard® SC-1000 Smart Control System is a PC-based process control system that automatically monitors and adjusts chemical formulations and rinse contamination levels on a real time basis during the production process. Results after less than one year have provided a 15% reduction in chemical use, and a throughput increase of 10%. In dollars, when the 25% corporate target is attained, it is estimated that SKF will save upwards of $150,000. "And that's just in front-end chemical costs alone, which does not include savings in the back-end water treatments," commented Bill Vojtech, director, supply chain. 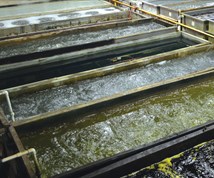 "I mean that's really the gravy, when you consider we've freed ourselves from the angst of adding bulk chemicals every eight hours - with different operators - where tank contents suffer from chemical spikes," notes Mark D. Payton, manager of metal preparation.

Larry Kiehl, process manager in the metal preparation department, is responsible for monitoring the baths. He describes the bath process - whereby parts travel in metal barrels by way of an overhead power transporter - as a three-part system. The first part of the process includes a cleaning stage to remove any oil from the metal components. In the second phase, the parts are placed in zinc phosphate baths for specific time periods as determined by SKF guidelines. The third and final phase of the process is the application of the adhesive sealer to the metal components.

"Here's where the process control system comes into play," Kiehl said. "It monitors each of the process baths for conductivity and senses highs and lows, automatically adding chemicals when any tank falls short." Before the new system was installed, samples were manually pulled from each of the four lines three times daily - or every eight hours - and additions were made accordingly. "The problem we encountered was that in the eight-hour span, there would be some bath depletion and we would have to make chemical additions causing spikes in the tanks. With the introduction of the new technology, we've been able to tighten up the spikes and 'flat-line' the process," Kiehl added.

The new self-monitoring system was launched in early 2003 and has processed more than 175 million pieces in its first year. After the parts leave the zinc phosphating process, they are moved to the molding operation where rubber is compounded to the metal to create the seals that go into automotive, appliance, industrial equipment and virtually anywhere a seal is required. The seals range in size from ¼-12 inches diameter.

The SKF/Henkel Technologies team continues to refine the control procedure and expects it to play a major role in the treatment process as well as in waste-
water treatment.

With the process control system, sensors on all four lines are linked to a central computer from which specific bath tanks can be closely monitored. The computer has built-in alarms and will alert the operator if any tank reaches a point that goes above or below target. With the new system, SKF has virtually eliminated variations in all the tanks on the treatment lines. In addition to reducing chemical use, it has provided the company a tight "window" to optimize the chemical baths, eliminate any guess work, produce consistently good parts and reduce chemical costs by 15%.

"We looked at the introduction of the process controls as the next quantum leap in our processing capability and improvements in our line operations," commented Henkel Corporation. "We've always done small year-to-year incremental changes and we were looking for that radical change toward significant cost-saving steps for the long term. From a technology perspective, we recognized that there were better process control systems in the field that could be a strategic approach, but you don't initiate them immediately. That's when we partnered with Henkel and it's been beneficial for both of us. We're excited about this.

"The system is proving itself and everyone at SKF is happy about our results, including our customers. We bring in customers and demonstrate the steps that we have taken to reduce process variations and become more state-of-the-art globally. Some of the customers include Ford Motor Company, GM, DaimlerChrysler and Delphi. Seal performance is critical to their success."

Parent company SKF continually seeks ways to be more environmentally-friendly. Sealing Solutions has invested much time and effort along these lines. The company is ISO 14001 certified and has been developing the Six Sigma process in all of its operations. SKF spent four to six months negotiating, developing and implementing the system. "We had three separate contractors working long hours, in addition to the Henkel personnel on site during our holiday shut down to get ready for our January 2003 production start up. It all came together in about a week and a half," Vojtech proudly noted.

"We knew that ideally, we'd like to take a giant step in improving this semi-manual system, with its inherent variations and fluctuations," Vojtech added.

Working with Henkel, the company can visualize continuing improvements that will help in reaching its 25% reduction goal. Plans call for additional process variables to be monitored, and have already proved that the technology will carry SKF forward. "We continue to realize more opportunities to leverage the technology to our wastewater system," adds Vojtech.

SKF claims zinc phosphating as a core competency that is very critical in the bonding of rubber and steel. Viewed from a strategic standpoint, the two companies - SKF and Henkel - have taken automation to a new level and created a system that is the envy of the industry. While SKF built its business on producing leather seals, it is a worldwide leader in sealing solutions.

SKF Sealing Solutions Plant Manager Dawn Johnson sums up the gained efficiencies in this manner. "From a production perspective, the SmartControl™ system has been phenomenal. We've reduced the amount of labor hours by reducing the personnel needed to constantly check tank levels and conductivity. In a one-month period, we have seen a 22% increase in efficiency. More importantly though, is that the baths are running much more consistently, which has resulted in reduced re-work time and provided greater control over wastewater. Under our previous parameters, we were treating this as more of a batch-load system. With the addition of process controls, we have eliminated human error and have not had to replace a single tank of chemicals since the system has been up and running."