Westside Finishing got its start in the early 1980s as a liquid coatings job shop, born out of the company president Korey Bell’s grandfather’s welding shop. Bell’s father and the company’s founder, Brian Bell, was a welder and a fabricator. He began doing some painting for some of the welding jobs and created the new company. As Westside Finishing expanded, it purchased its first powder coating setup and began spraying powder coatings. Korey officially took the reins in February after his father’s retirement in the spring of 2019. Prior to that, he served as the company’s operations manager and has been heavily involved in many changes over the course of the company's history, including the installation of the automatic conveyor line system in 2014. 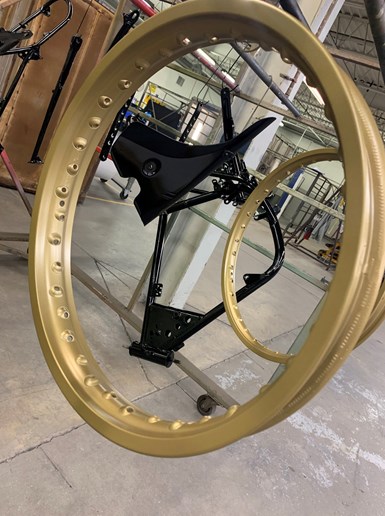 Westside Finishing does powdercoating for a range of markets including the communications, medical and industrial sectors.

Today, with 64 employees and a 30,000 square-foot facility in Holyoke, Massachusetts, Westside Finishing is one of New England’s largest powder coating job shops. The company primarily does powder coatings, as well as some silk screening and packaging services. The facility has one conveyorized line with automatic guns, reclaim capabilities and the ability to apply two separate coats — a basecoat and a topcoat — in one lap through the use of two booths and an infrared curing oven in between.

In addition, the company has four batch systems: two based on Nordson Econo-Coat booths mated up to six-foot cube ovens, and two consisting of larger booths with one mated to an 8' by 8' by 20' oven and the other a 12' by 12' by 16' oven. 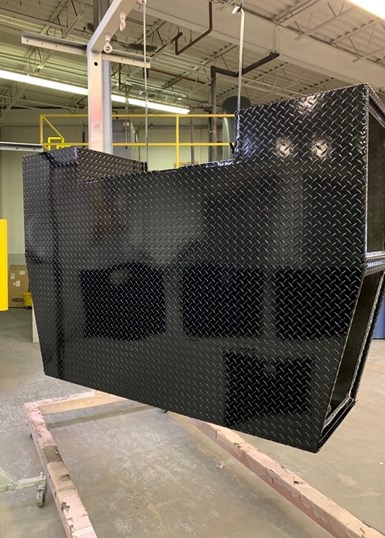 A perennial Products Finishing Top Shops award recipient, Westside Finishing attributes its success to its commitment to quality and service.

Bell accredits Westside Finishing’s success to a commitment to quality and customer service. While at times the company’s prices have been higher than its competition, the end result is considered top-notch. “We used to always get rated as more expensive than our competition,” he says. “I’ve lost customers over the years, but they always wind up coming back. It’s our customer service and our quality that has earned us that distinction.” Bell adds that over the years through the implementation of lean manufacturing, the company’s pricing is more in line with the competition while maintaining a focus on quality. Westside Finishing’s target is less than 1% rework and the company has met that goal for a few years running.

Westside Finishing regularly ranks highly in Products Finishing’s Top Shops Benchmarking Survey for powder coating. This year, the award came during the height of the COVID-19 pandemic. The company has remained busy and has seen an increase in work from the medical sector. Recalling other slower times such as the Great Recession in 2008, Bell remains optimistic about moving forward company and says that overall Westside Finishing has had an average annual growth rate of around 12%.

“Before the pandemic began, I was in the process of planning my next expansion. My next goal is to get a chromate conversion coating line up and running,” says Bell. “It was always an idea that my father had wanted to pursue. In talking with a few of my customers over the past year or so — and just keeping an eye on the products that have been flowing through my shop that have that plating — it makes sense that it would be a good avenue for us to pursue.”