The new Advanced Metal Finishing facility—$67 million of plating technology and safety —was unveiled with a ceremony and public tours, but it won’t be fully operation until the end of this year when work transfers slowly from the older, adjoining AMF building.
#masking #pollutioncontrol

Standing in the middle of a spanking-new, 98,000-sq-ft plating facility that hasn’t yet had a single part come through the door managed to send a chill up the spine of even someone who isn’t usually found hanging around a coating shop.

“It’s going to be an absolute marvel when this thing is up and operational,” says Brigadier General Cedric George, commander of Warner Robins Air Force Base’s Air Logistics Complex. This sprawling complex in Georgia employs 7,000 staff members in engineering support and software development for major weapon systems such as the F-15, C-5, C-130, C-17 and SOF aircraft. 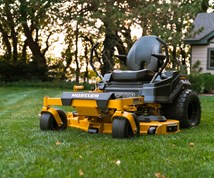 The new Advanced Metal Finishing (AMF) facility—a $67 million behemoth of plating technology and safety —was unveiled in March with a ribbon-cutting ceremony and public tours, but it won’t be fully operation until the end of this year when work transfers slowly from the older, adjoining AMF building. Even then, it won’t be until well into 2014 before all the work is moved over to the new plating facility.

But the delay between showing off the military’s latest electroplating facility and the actual finishing of parts several months down the road doesn’t dampen Brig. Gen. George’s enthusiasm. “It allows us to make it safer for our workforce, safer for our environment and safer for our community,” he says. “At the end of the day, it allows us to effectively and efficiently support the fight.”

The $67 million plating facility was unveiled in March with a ribbon cutting and public tours.

The new facility will eventually completely replace the existing plating shop located next door in Building 142, a decades old plant in which several surface treatments are applied to the base’s aircraft parts, from cleaning and etching to anodizing and chrome plating. The latter application was one of the main reasons the U.S. Army decided more than a decade ago to replace Building 142 with a new facility, and it was especially urged to get up-to-date equipment in place by the Environmental Protection Agency and the Occupational Health and Safety Administration.

While the older facility was typical of many plating shops – labor-intensive and often lacking in some air-handling features – the new Warner Robins AMF is a look at what a futuristic surfacing shop might be like if someone had $67 million and land to build it on. The new facility was built around the idea of reducing worker exposure to plating chemicals by increased automation during the coating process, something the EPA and OHSA has nudged the military to do for quite some time.

Jason Koehler, chief engineer of the 402nd Commodities Maintenance Group at Warner Robins, says that overhead cranes and joists will do much of the work in staging areas between the nine wet lines and the dry process areas.

“The plating processes occurring in all nine of the tank lines will be controlled remotely, which means keeping workers from having to physically immerse parts into individual tanks,” Koehler says.

The new facility enables maintenance staff to work on parts from the C-5 and C-17 aircraft that are too large to fit into plating tanks in the older facility.

Chemicals will be remotely added to tanks instead of by workers, and a new air ventilation system and plastic barrier walls have been placed between each assembly line to protect staff from cross-exposure of fumes from nearby tanks.

In addition to offering increased safety, Koehler says the new facility also helps Warner Robins AFB maintenance staff to work on parts from the C-5 and C-17 aircraft that are too large to fit into plating tanks in the older facility.

“Those pieces were usually sent off base to a private contractor,” he says. “Now we can keep them here and get it done faster.”

The larger plating tanks are sized for a capacity of as much as 7,600 gallons to process the much larger parts, while the old facility had 1,800-gallon tanks. According to Koehler, the new tanks will also enable AMF staff to work on larger C-130 propeller blades and parts that form the C-130 propeller and hub assembly.

Work on the new facility started in 2010, but its roots go back nearly a decade to when the Air Force first started to replace its aging facilities across the U.S. with more modern plants that included the latest safety features.

The new AMF facility will eventually replace the existing plating shop located next door in Building 142, a decades-old plant.

Money for the Warner Robins AMF project was awarded through the Air Force Materiel Command’s infrastructure upgrade program. Science Applications International Corp. (SAIC) of McLean, Va., designed the facility, and its subsidiary, Benham Constructors, was the prime contractor. SAIC used Walgren Co. of Grand Rapids, Mich., as its primary plating technology provider, including for the installation of 153 small and large tanks, and the necessary equipment for the plating lines.

SAIC was hired by the U.S. Army Corps of Engineers to manage the project, something everyone knew would be a challenge.

“I’ve been doing construction management with the Corps for 27 years, and this is the most technically-challenging job I’ve ever done,” Julian Fant, a project engineer with the Army Corps of Engineers, told a media gathering when the project was launched in 2010.

Because it involves the military, the project includes Leadership in Energy and Environmental Design (LEED) certification, Department of Defense Force Protection/Antiterrorism measures, some unique workstation layout, and fire protection and alarm systems.

Mike Gwyn, president of SAIC Constructors, says the project certainly presented challenges, especially with the environmental demands from EPA and OHSA, as well as working around Building 142 next door.

“Our integrated design-build team did an outstanding job dealing with the complexities of this project,” he says. “We also had to manage a phased project, working around existing facilities and base operations. We could not have been successful without the fantastic cooperation and assistance we received from the Army Corps of Engineers’ Robins Air Force Base office and from Walgren Co.”

Chemicals will be remotely added to tanks instead of by workers, and a new air ventilation system and plastic barrier walls have been placed between each assembly line.

David Donato, a spokesman for the Air Force’s media relations office at Robins, said an in-house wastewater treatment plant is also located on the basement level to collect and treat waste fluids. Wastewater will be reduced from 50 to 90 percent by recycling rinse water and process steam, and reducing evaporation as part of the dedicated plant’s efforts, Donato says. In addition, the facility will also use advanced spill containment technology and redundant protection layers to protect soil and groundwater.

Overall, the facility will be bigger and more eco-friendly to the staff.

“We will have a period of time where we’re actually running both shops,” says Jim Cunningham, a process engineer for the 402nd Commodities Maintenance Support Squadron. “The idea is, we’ll set a line up in the new facility, get it running reliably and, once the line is established, we’ll shut down the equivalent processes in the old facility.”

“Bottom line is environmentally it’s much cleaner and safer for the workers,” Cunningham says.